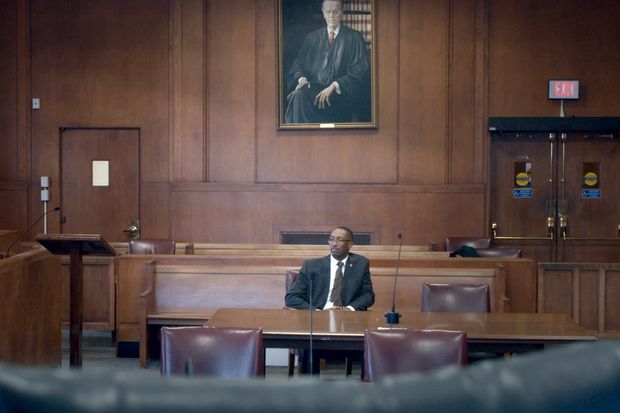 Netflix’s mini-series, The Innocence Files, convinced viewers that wrongful convictions in the United States merit films of excellence. Trial 4 must be added to Netflix’s cache of fine true-crime documentaries. In eight episodes, Sean Ellis’s story is told with ample attention to details of corruption and justice.

In Boston, in 1993, when he was 19, Ellis was charged with killing a cop in the parking lot of a Walgreen’s. John Mulligan had been on paid security detail for Walgreen’s, augmenting his wages. Found with his trousers at his ankles, Mulligan had been shot five times — once up his nose.

Ellis readily admitted he had gone to that Walgreen’s to buy disposable diapers. Hordes of officers, hellbent to find the killer of a brother officer, quickly claimed that Ellis killed Mulligan for his service revolver. They were led in this decision by fellow officers, who, like Mulligan, were assigned to drug cases, not homicides. That signifies.

Trial 1 ended in a hung jury. Ditto, Trial 2. But Trial 3 brought a conviction for the gentle young man with a stammer. He entered the prison system, where he spent 22 years. The film principally covers what it took to arrange a fourth trial under the aegis of attorney Rosemary Scapicchio. She is unrelenting, determined and and demanding, doing whatever necessary and for however long to free Ellis.

The mini-series, expertly directed by Remy Burkel, never considers Sean Ellis guilty. In addition to Ellis, Burkel includes the reporters who followed the trials, the godmother who volunteered her loving efforts, the Ellis family, and the women whom Ellis thanks in the end. Burkel even covers the campaign of Rachel Rollins for Suffolk County District Attorney to emphasize the importance of elected officials in these cases. He augments filming with animation, particularly for the actual shooting, and with helpful lines of chronology detailing the enormous, unconscionable length of time covered in pursuit of justice for a man’s life.

By refusing to be hurried, Burkel could be accused of milking Ellis’ story, but the details — both central and peripheral — matter and they educate. Rosemary Scapicchio states in the end that countless cases like Sean Ellis’ wait for consideration by the justice system. With excellent series like “Trial 4,” attention just might be better paid to wrongful convictions.