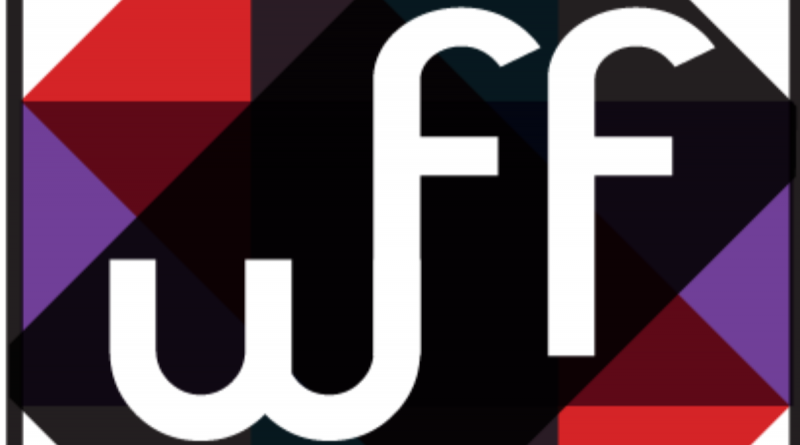 Lafortune en papier The Paper Man) is a touching send up of Canada’s Mr. Rogers. Claude Lafortune was the muse for director/producer Tanya Lapointe, whose exquisite insider character study focuses on the late part of Lafortune’s life and chronicles the well deserved accolades that Quebecois and other Canadians heaped upon him like a generous serving of gravy on poutine.

Claude Lafortune was an artist who had a television show on Radio-Canada called L’Évangile en papier (The Gospels in Paper). It was not a grandiose production, just a 15-minute Sunday morning show which started airing in 1975. His enthusiastic yet calm demeanor made him a beloved notable in the French speaking community that was and remains heavily Catholic. 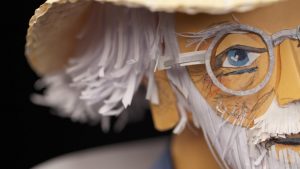 Monsieur Lafortune, known to generations of Quebec children who grew up with him, sadly died on April 19 of complications from COVID-19. He was 83. He spent most of his life tending to children and even being by their bedsides if they were ill, as he connected to his audience in a deeply personal way much like our Fred Rogers of PBS Mr. Rogers fame.

I fell in love with Mr. Lafortune and his unabashed desire to make the world a kinder place that celebrated the people who touched him in the religious realm and in the arts. His work, taking a two dimensional artistic endeavor and transforming it into remarkable three dimensional sculpture is something extraordinary and moving. You, too, will fall in love with him after viewing Lapointe’s intimate film.

Lafortune en papier (The Paper Man) will premiere at the 2020 Whistler Film Festival online on December 10.

The second female-directed documentary, Overland, leaves a strange and indelible mark on the soul. It is a poignant love letter to majestic birds of prey and the cultures across the globe that revere them and bravely enter their world to coexist as guides.

A meditative odyssey that spans across four continents, Overland is a global journey that follows the entwined stories of three exceptional people whose lives exemplify the 6,000 year-old tradition of falconry and carry it forth into the modern world. The falcons, eagles and other birds of prey will charm you as their nature to kill is subdued by a trust that is earned by their human counterparts. 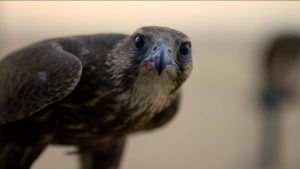 Directed by Elisabeth Haviland James and Revere La Noue, this feature documentary will open your eyes to the intelligence and the companionship that eagles, hawks, and falcons give humans if they are treated with the right steady hand. This film—at its core—is about respect for the creatures we share the Earth with and the fealty to let the natural world just be. The filmmakers take us to Mongolia, United Arab Emirates, Italy, Scotland, and the American West, as we see commonalities despite obviously huge cultural gulfs amongst people who revere and respect these incredibly powerful birds.

Overland is accessible via Whistler Film Festival online on December 14.

The third documentary is another beautiful film that deeply ticks the boxes of the creatures we are most fond of in the west, the domesticated dog.

Stray is a solemn and beautiful film from director Elizabeth Lo who tracks the dusty street life of Zeytin, a soulful amber brown-eyed stray dog living life on the streets of Istanbul. Deceptive in its premise and profound in its impact, Stray is an unsentimental tour-de-force of humanity’s fragile existence as told through the point of view of a dog without a home, yet rich in the company of humans who are in a similar situation. 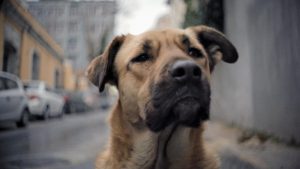 How mercurial life is! We cannot control what fortune we are born into, nor can we predict how life will treat us. The same deck of cards befalls these dogs, who scrap and scrape, and occasionally are rewarded by human kindness and attention.

Stray could not have been made in the USA, as The Dodo and well meaning dog lovers would have scooped up the entire cast and rescued them and videotaped their transformative ‘good fortune’ stories by kind souls. But those who know Turkey and the Middle East know that a dog’s life is less revered, less romanticized and certainly less valued.

Lo painstakingly brings us along in the world through Zeytin’s and fellow strays’ eyes. Their human companions are destitute Syrian refugees also looking for an anchor and a way to make it in life. The randomness of life’s gifts and its burdens are brought home hard in Stray, and we are left wondering what test is this life we all lead for, and where will it end.

Stray is accessible via Whistler Film Festival online on December 2.