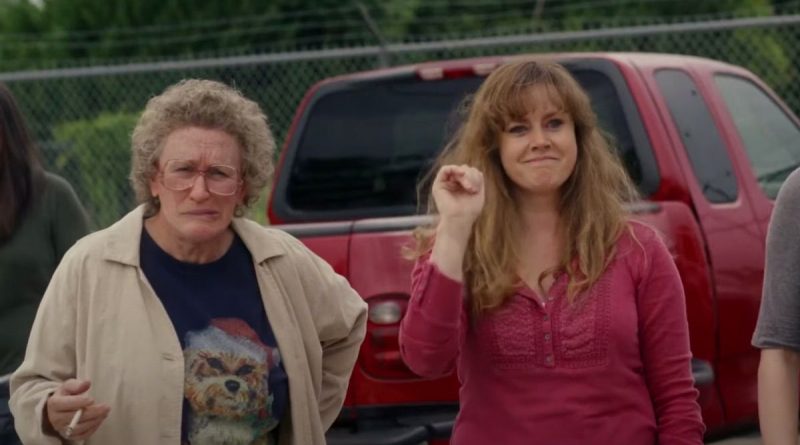 J.D. Vance published his moss-backed memoir, Hillbilly Elegy, in 2016, so analysts examined Vance’s politics to explain the Trump phenom. Vance reduced his thesis to recommending that his fellow hill folk pull themselves up by their bootstraps when boots themselves are in mighty short supply in the hollers of Appalachia.

Vance remembered being reared by alcoholics and drug addicts, slapped violently, and fed (his favorite) fried-baloney sandwiches. He escaped from home by spit-polishing his way into the military to be a Marine mammal. Then, he escaped further by scholarshipping his way into Yale’s law school.

In the midst of interviewing for an internship, Vance is called home to care for his mother, who has overdosed on heroin. His saintly sister has been mothering their mother. Once home, Vance reminisces about growing up (the film exploits these flashbacks very well) when he’d learned fear from his kinfolk and, from his grandmother, that “where we come from is who we are.”

Glenn Close, limping, smoking, and cursing, inhabits Mamaw, costumed in an extra-large t-shirt. Amy Adams does some of her best work as Vance’s mother, and Haley Bennett personifies grace as Vance’s sister. Frieda Pinto plays Vance’s exotic girlfriend, who teaches him which words and spoons to wield. Vance is played remarkably well as a boy by Owen Asztalos and believably as a man by St. Louisan Gabriel Basso.

Scriptwriter Vanessa Taylor heeded the reviewers who liked Vance’s book for its memoir if not his conservative thesis. Director Ron Howard focused close-ups on the dysfunctional family while circling the disparity of class, which brings to mind Sarah Smarsh’s Heartland.