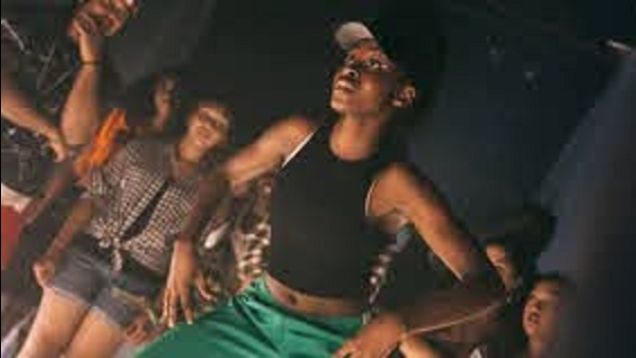 Farewell Amor is an intimate soap opera blessed with an engaging small cast and an intriguing premise: What happens when Esther (Zainab Jah), an Angolan woman, and Sylvia (Jayme Lawson), her teen-age daughter, finally reunite with their husband and father after spending 17 years apart? Writer-director Ekwa Msangi could have chosen to look back at the woes that these immigrants have suffered in the past. But, instead, the trio is more concerned about whether they will be able to get over the awkwardness of their situation and be able to share a future together as a family.

As a storyteller, Msangi does something interesting after charismatic cab driver Walter (Ntare Guma Mbaho Mwine who oozes an elder sexy vibe), brings his spouse and child back to his small one-bedroom Brooklyn apartment. She splits up her narrative into thirds, allowing us to focus on each individual character’s story. We learn that Walter has been having a relationship with a nurse and is forcing himself to let go for the sake of his marriage. Sylvia, meanwhile, meets a boy at school who encourages her to sign up for a dance competition. As for Esther, she has grown increasingly more pious over the years as religion has become an anchor for her.

Secrets eventually come out, old habits must be broken and new ties to one another must be made. That it is the family’s shared love of music and dance in their lives that allow them to connect to one another is a clever way to forge bonds. Msangi finds a universal pathway to allow us to understand what this family is going through and how they manage to connect with one another. Of the three main characters, the charismatic Mwine with his sexy voice and moves is the standout while Joie Lee is a true joy as a sassy helpful neighbor who gives Esther some much needed advice.

Farewell Amor takes a different route than other tales about foreigners as they try to adapt to the lifestyle of the country we call home and nails it by making it specific as well as relatable to many people around the world at a time that those seeking to become citizens have been treated like animals and been demonized. If Walter’s family is typical of those who wish to find a better life, I say let’s bring them on.