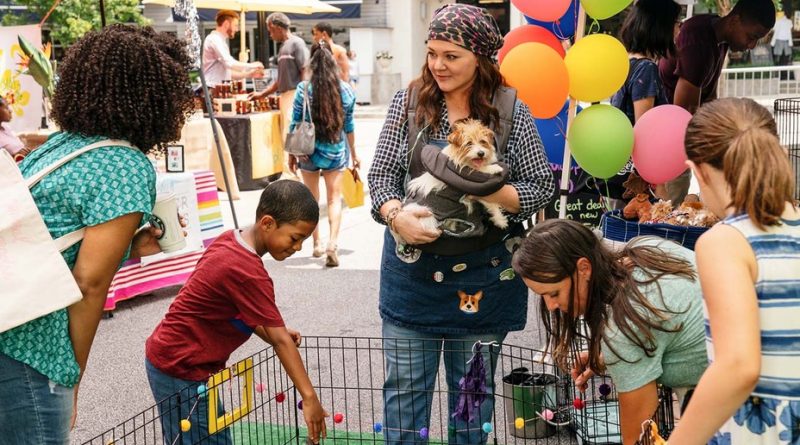 Back in the 19th century, hortatory novels, like Anne of Green Gables, extended sermons beyond Sundays by exhorting readers to behave. Melissa McCarthy and Ben Falcone have extended those exhortations into their holiday movie,Superintelligence. For all the laughs, it preaches but blessedly falls a skosh shy of being sanctimonious.

McCarthy plays Carol, dubbed as “the most average person on earth.” Her best friend (the sweetheart Bryan Tyree Henry) calls her “Care Bear.” Where Carol once worked for Silicon Valley, she now works to do good (note her Notorious RBG tee shirt). Holding the title of Miss Average catches the attention of a superintelligence, that is, of artificial intelligence. His voice resounds as that of James Corden, the actor/singer/chat show host who is Carol’s fav celeb. It is said to be calming, which Carole will need as A.I. chooses her to learn about humanity. If it doesn’t like what it sees and hears, it’s going to fricassee the human race. No pressure, Care Bear.

McCarthy is so good at physical comedy (well, you try to interview in a bean bag), but she’s also good at cheekily preaching and re-acting. The cast around her buoys her like, well, a bean bag although Bobby Cannavale is a tad odd as Carol’s old boyfriend. Funny boy Sam Richardson (Detroiters) pairs well with Ben Falcone (McCarthy’s husband and the film’s director). By speed-speaking the script by Steve Mallory (The Boss), the cast pays homage to Amy Sherman-Palladino’s terraced dialogues for Gilmore Girls, wherein McCarthy played Sookie, the cook. Lines are frisky and funny: Carol’s black and white dress suggests a bar code; a woman in the ubiquitous urban black dress, elicits a “Sorry for your loss.”

McCarthy as Carol takes herself seriously as the last option for humanity. That makes the final warning, “Don’t be late!” all the more hortatory for all humanity.