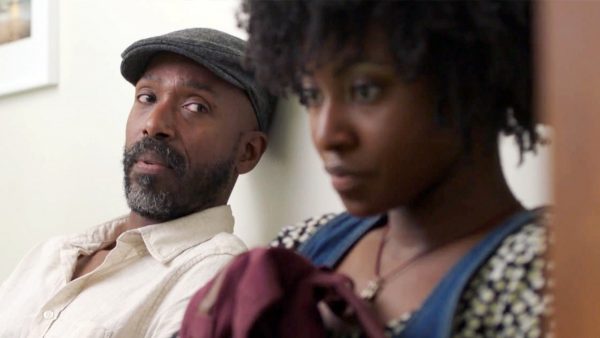 alter (Ntare Guma Mbaho Mwine), from Angola, has been living in New York for 17 years, on his own… sort of. Now, his wife, Esther (Zainab Jah), and their teenaged daughter, Sylvia (Jayme Lawson) — neither of whom, it seems, he has seen in all that time — are joining him in the Big Apple. In his small outer-boroughs apartment. Where they will try to rebuild a family life even though they have become perfect strangers after such a long time apart.

Farewell Amor is the beautiful feature debut of writer-director Ekwa Msangi, in which she finds a delicate balance between drama in the wild sense, as secrets threaten to upend a cautious newfound domestic equilibrium, and drama in the more intimate sense, as husband and wife tentatively rediscover each other; as father and child unexpectedly stumble upon common ground; and as mother and daughter find that their different approaches to life are suddenly more pronounced in this potentially dangerous new place. Continue reading.