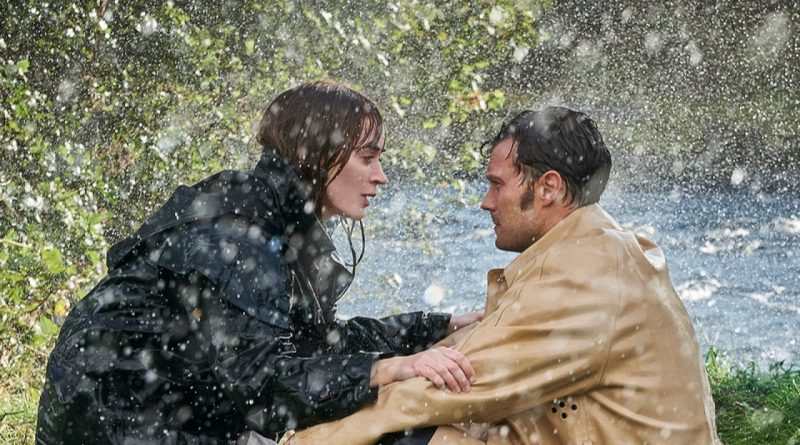 John Patrick Shanley has proven his writer’s credentials script after script. He wrote Moonstruck and Doubt, for example. He wrote the play Outside Mullingar, then translated the script into a screenplay. Shanley directed the charming Wild Mountain Thyme about rain and rings, gates and tunes and crows. And lots of love.

Although born in the Bronx, the playwright is Irish — he’s a Shanley on one side and a Kelly on the other and Patrick in the middle. His grandfathers were shepherds and farmers in the Midlands, so well he knows land disputes on the Emerald Isles. Wild Mountain Thyme begins with opening gates in the rain, two sets of gates over one little patch of land.

Anthony Reilly farms one side, Rosemary Muldoon the other. She has eyes only for him, has had since she was a lass. He is non-committal, a “bachelor to the bone,” swears his father, and cursed by a secret. Only when his father threatens to will the family farm to his American nephew does Anthony even begin to get his act together.

Shanley directs his Irish and American casts to bring out the inherent culture each brings. Jamie Dornan, an Irishman, emits virility even while playing a shy man. Emily Blunt, a Londoner, packs Rosemary with fortitude if not sparkle (look to Flossie, the blue-eyed sheep dog for that). The American actors Christopher Walken as the father and Jon Hamm as the nephew acquit themselves well.

Wild Mountain Thyme might have worked better as a play, especially in the intimate, yet opaque dialogues, but as the plot unscrolls, it works as a story, a classic Irish tale of love and land. Opening up the play means holding Ireland in the camera’s eye. There’s a leafless tree — bent by the wind and lit by the insistent moon — that’s especially beautiful as framed by Stephen Goldblatt (Angels in America).

Any minor minuses in Wild Mountain Thyme are erased by the sound of that lovely title song woven throughout, especially in Rosemary and Tony’s duet. The last scene, in proving a point made early in Rosemary’s narration, makes the heart sing in harmony.