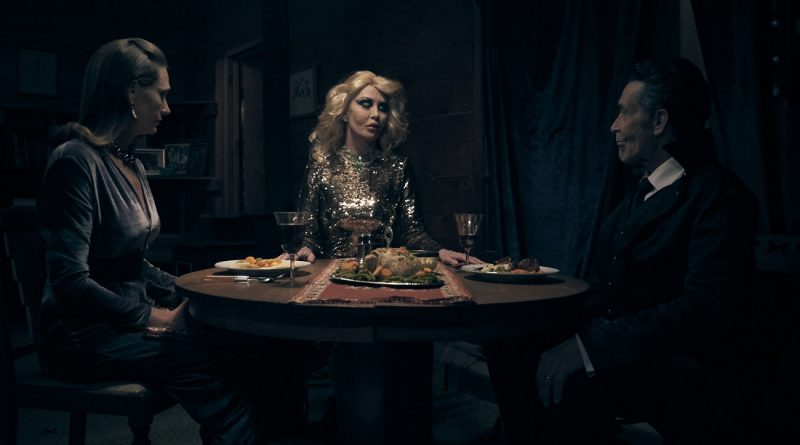 Prolific Oklahoma City filmmaker Mickey Reece maintains his singular surrealistic style while cannily using a larger budget to enrich the eerie aesthetic of his breakout movie Climate of the Hunter.

The arthouse horror movie has garnered rave reviews on the film festival circuit over the past year, and this weekend it becomes the cult-favorite filmmaker’s first official theatrical release. Along with playing theaters including Tulsa’s Circle Cinema, Climate of the Hunter will debut Jan. 12 on iTunes, Amazon, Google Play, Xbox, Vudu, DirecTV, Dish Network and major cable providers.

Climate of the Hunter is the 27th film the independent auteur has made since 2008, but it’s the first to make use of the Oklahoma Film Enhancement Rebate Program. Reece is best known for his “weekend warrior” no- to low-budget approach to making movies, and while the bigger budget won’t move him out of that category, he deserves kudos for using the extra funds wisely.

The psychological drama is set in the 1970s, and the period costumes, lighting and production design all boast a kind of kitschy cool that heightens the mystery and emotions baked into the story. In particular, the garish elegance of ’70s cuisine like seven-layer sandwich cake, giant lobsters and cheese fondue spice up the weirdness level, especially introduced in production designer Kaitlyn Shelby’s baby-doll voice.

With his close-knit cast and crew, Reece lensed Climate of the Hunter on location in and around secluded cabins near Tahlequah in early 2019. The remote setting feeds the strange vibe, and he and John Selvidge – who co-wrote the script for Reece’s T-Rex (2014) and Suedehead (2015) – penned the story around it.

After initially introducing her via a neatly typed psychiatrist’s report detailing her issues with delusions, schizophrenia and body dysmorphic disorder, the film takes us into the isolated cabin of Alma (Ginger Gilmartin), a part-time artist who has made her family’s remote vacation house her full-time home for the past two years.

Her concerned and condescending sister Elizabeth (Mary Buss), a driven career woman who works in Washington, D.C., has come to visit, and they’re both anxiously awaiting a reunion with their old friend Wesley (Ben Hall), whom they’ve not seen in 20 years.

An enigmatic writer formerly based in Europe, Wesley has returned to the United States and his family’s old getaway cabin seeking better care for his disabled wife Genevieve (Laurie Cummings).

His married status doesn’t stop the rival sisters from immediately vying for Wesley’s affections. An urbane raconteur who shares outlandish stories of his adventures while effortlessly spouting poetry, philosophy and astronomy, Wesley basks in both women’s attentions, while also clearly coveting Alma’s estranged daughter Rose (Danielle Evon Ploeger) when she comes to dinner.

Also dropping in on the reunion is Wesley’s surly son Percy (Sheridan McMichael), whose open suspicions about his father feed Alma’s growing misgivings about Wesley. Haunted by bizarre dreams, she begins to seriously consider the marijuana-fueled musings of her lone pal BJ (Jacob Ryan Snovel), who believes Wesley may be a vampire.

Like most of Reece’s movies, Climate of the Hunter mostly consists of people talking in rooms, but, as usual, the characters are so intriguing, the conversations are so memorable – and strongly spiked with twisted, deadpan humor – and the visuals are so unexpectedly striking that the movie holds the viewer in a peculiar thrall. And it keeps you guessing for the entire 90-minute run time.

While his signature style definitely isn’t for everyone, Reece has developed a kind of cult following as the “Soderbergh of the Sticks,” a reference to versatile Oscar winner Steven Soderburgh (Traffic, Erin Brockovich, Sex, Lies, and Videotape). He warrants praise for developing a modus operandi that is totally unique out of limited resources.

But he also should be lauded for reminding Oklahomans of the fine filmmaking resources available here. Most of the accomplished cast and crew are locals, and the Tahlequah landscape is both starkly beautiful and disorientingly spooky.

Reece will complete his trilogy of homegrown horror movies centered on women – which he began with 2018’s Strike, Dear Mistress, and Cure His Heart and continued with Climate of the Hunter – with the convent creep show Agnes, which he filmed in central Oklahoma earlier this year. Despite the unpredictability of the movie business during the COVID-19 pandemic, hopefully, Reece’s distinctive star will continue to rise following the success of Climate of the Hunter.