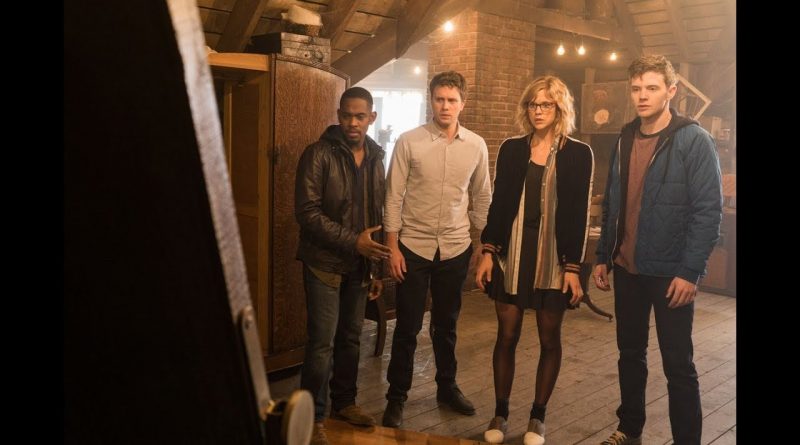 This Canadian sci-fi thriller has a clever premise: four young people discover a portal to multi-universes.

In the fantasy prologue, there’s a glimpse of Marissa (Kathleen Quinlan) and her doppelganger.

Then in Seattle, faced with an outrageously demanding deadline that’s rapidly approaching, four aspiring techies are living in a rented house so they can work 24/7 on their innovative parking app.

One day, they inadvertently find stairs to a secret attic containing a long, mysterious mirror that serves as a portal to a parallel dimension. They soon come to understand calculations of the time-travel concept: one minute in our realm equals three hours in an alternate realm.

While they must avoid the twin ‘alternative’ versions of themselves that exist in this time-distorting place, they immediately realize they can profit by ‘stealing’ knowledge from the future to create wondrous technical inventions to make a great deal of money in the present.

Problem is: greed takes over.

FYI: Isaac Ezban is the co-founder of Autocinema Coyote, the biggest drive-in chain in Mexico.

On the Granger Movie Gauge of 1 to 10, Parallel is a flawed 5, even for those who relish esoteric sci-fi/horror.