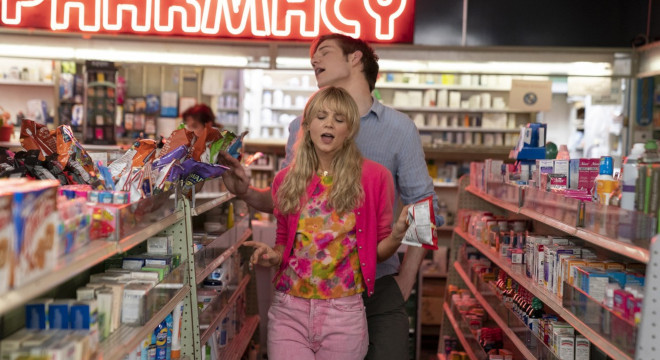 The mistakes of one’s youth don’t always come back to haunt us except when the error is a crime. Enter, Cassie. The world sees her as loser. Once a promising medical student at the top of her class now, she works at a cafe by day and picks up men at night. These men think they’re getting an easy conquest, but soon they are spun into a web of revenge.

Cassie knows that some men are weak and don’t understand boundaries. She’s on a mission. She’s out for justice. Promising Young Woman puts the woman in control. We are examining not only the perpetrators but also the enablers. These are the themes explored in this film.

Cassie, played outstandingly by Carrie Mulligan, wasn’t the victim, but she saw firsthand how the system favored those with power. She decided to even the odds. The downfall is that the event paralyzed her from living her life. We, the audience, can’t decide if we should cheer for her or become horrified. Her revenge is carried out meticulously. She dresses provocatively and presents herself in a state of drunkenness. That’s the bait. Men see this gorgeous blond that is drunk but not too drunk and willing to go home with them. In the opening act, she goes back with a charming businessman who thinks he’s about to score. He slowly pulls down her panties, and that’s when a sober Cassie confronts him. Fear rushes through his body. Is she going to kill him or worse is she going to accuse him of rape? She wants him to be terrified.

Like all good conquerors, Cassie keeps a tally of her victims. Her rage is a controlled rage, which makes her even more frightening. Men that are used to having the power have now resorted to pleading like children. The thing that makes Promising Young Woman so delicious is that Cassie is always in control. Her victims can’t gauge her rage. She’s patient and meticulous about whom, and how she asserts her revenge, that’s the hook. Continue reading…