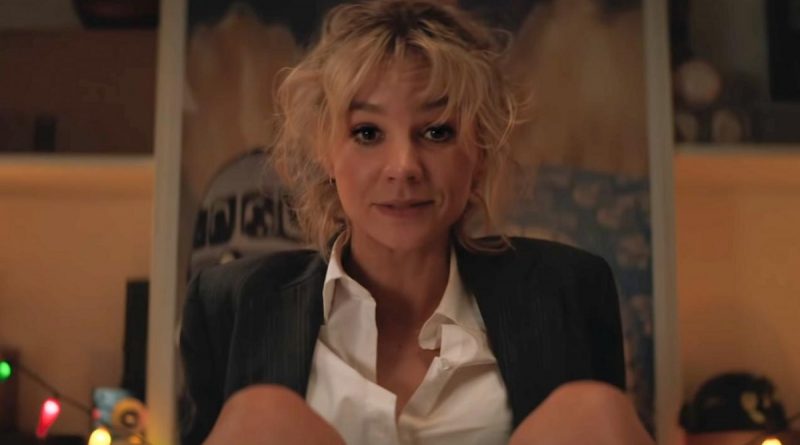 The last time that an actress earned Oscar buzz for being a femme fatale with a modern twist was when Rosamund Pike snagged a lead nomination for her role as the disappearing Amy in the 2014 noir-ish thriller Gone Girl. Some critics declared her role as misogynistic as she sets her husband up as a murder suspect. But as Mae West once said, “When I’m good, I’m very good. When I’m bad, I’m better.”

Now Carey Mulligan, who happened to appear with Pike in her film debut, 2005’s Pride & Prejudice, as well as in her Oscar-nominated breakthrough role in the 2009 coming-of-age tale An Education gets a chance to update such a lethal lady. Thanks to the wickedly fertile mind of British actress, author, screenwriter and debut director Emerald Fennell who is behind Promising Young Woman, Mulligan gets to assuredly inhabit a character that was once was a sexy staple of such ‘40s classic movies as The Maltese Falcon and Double Indemnity while putting a #MeToo spin on the genre as her scarred character gets to right a terrible wrong with a vengeance that comes from a place of grief and sorrow but is balanced by a darkly comic vicious bite.

When we first meet Cassie (short for Cassandra, who was a Greek teller of true prophecies that were regularly ignored), a med-school dropout who works as a barista, she is setting a trap that involves acting like a sloppy drunk at a club. Sure enough, a guy tries to impress his buddies by picking her up and taking her home. It doesn’t take long before he is pushing her onto his bed and taking off her panties. Imagine the guy’s shock, however, when she is suddenly appears stone-cold sober that leads to a walk of triumph with a hotdog dribbling ketchup on her clothes.

It seems that Cassie herself is quite an actress, as she adds this latest shaming of a pick-up artist and would-be rapist in a pocket-sized notebook where she keeps count of her other victims.

Back at work the next day, Cassie – who lives with her clueless parents (Jennifer Coolidge and Clancy Brown, whose home décor is stuck in the ‘70s as they ironically watch The Night of the Hunter on TV) – serves a customer Ryan (Bo Burnham). He recognizes her from their med-school days together. The pediatric surgeon clearly has a crush on her and the feelings are eventually mutual as they rom-comically sing and dance along to a breathy Paris Hilton song Stars Are Blind while in a drug store aisle.

But this reunion summons tragic memories of her best friend, Nina, who is why Cassie sets her traps for opportunistic males. Yes, it is a giddy rush to witness her “gotcha” technique with these clueless predators, but there also looms a sense that the ending will likely not be entirely happy. Turns outs some of their former classmates were involved with a criminal act that victimized Nina. There are ridiculously funny scenes, such as when Christopher Mintz-Plasse (McLovin’ from Superbad) takes Cassie to his home and claims they have ”a connection” but can’t even remember her name after trying to shove cocaine up her nose. But in the end, even Nina’s mother (Molly Shannon) suggests that she needs to leave the past behind.

I could not help but feel that Promising Young Woman would somehow become a cross between Death Wish, Looking for Mr. Goodbar and Carrie, which it somewhat is. The finale could have been a bit more satisfying, but Fennell’s flair for pop panache and Mulligan’s brave, ballsy performance as she gives slut shamers the finger they deserve is what will linger long and hard on your mind.