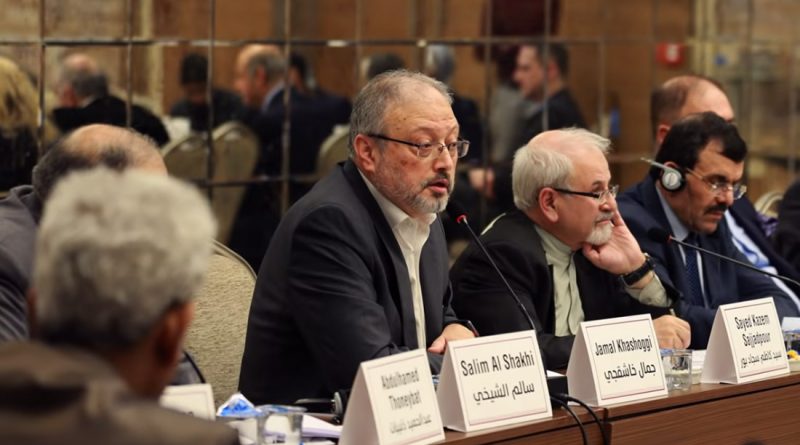 The Dissident reveals the details of Jamal Khashoggi’s assassination.

Beginning in Montreal, January 20, 2018, three months after Khashoggi’s death, Omar Abdulaziz initiates the revelations with specifics here and threaded throughout the narrative. A supporter and friend of Jamal, unable himself to return to Saudi Arabia, Omar currently needs the protection of the Canadian government because of his opposition to and knowledge of the Saudi involvement in quashing journalistic critiques and silencing those who write them. Khashoggi was one such courageous man who refused to surrender to intimidation.

In addition, Jamal’s fiancée, Hatice Cengiz, speaks movingly at the United Nations and for this film of her relationship with Khashoggi and the paperwork needed for their marriage that lured Jamal to the Istanbul embassy. Regarding that, Fogel does not mince words, reading through the horrifying transcript of the assassination and its aftermath. The evidence is conclusive for everyone except President Trump, whose comments are also included here.

At times annoyingly, Fogel employs flashy graphics, some animation for Saudi activists versus trolls, pixilation, and quick edits. Nevertheless, Fogel courageously pulls back the curtain to reveal the ugly truth of Khashoggi’s death. In English plus Arabic and Turkish with English subtitles, The Dissident screens at select cinemas and will be available through video on demand beginning January 8.