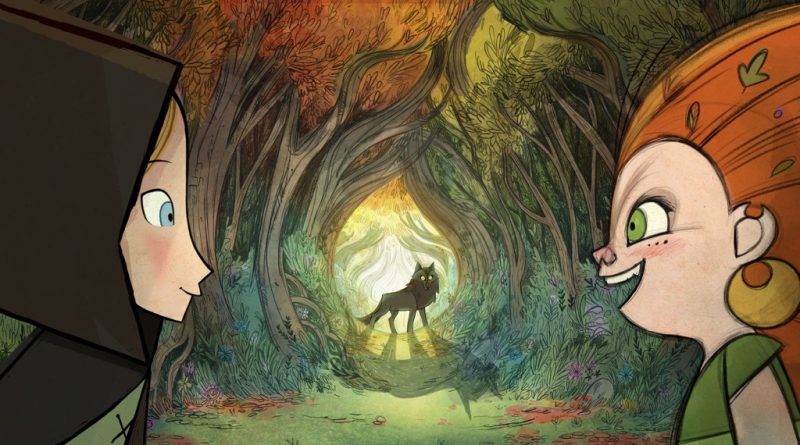 In a time, not so far from our own, really, wolves were seen as Satanic and, per the Book of Genesis, Mother Nature was to be dominated. In that vein, the wondrous animated film, Wolfwalkers, commingles superstition and magic in an homage to red-haired girls with voice and vote — and moxie.

The story is set in 1650 when England was turning Ireland into a colony. Oliver Cromwell flings a hunter named Bill Goodfellowe (Sean Bean) at an outpost that suffers wolf attacks. His mission: kill. His daughter Robyn (Honor Kneafsey) wants to go with him on the job, to be his apprentice. She does not want to be left behind, mocked by villagers who see her father as an interloper.

So the lass sneakily follows her da. She discovers that what those villagers fear about the tribe of wolfwalkers is true: humans do become lupine. Will Robyn become what her father has been dispatched to destroy?

The myth is personified by Mebh (Eva Whittaker), a wild girl — that hair! — who takes a wolf form while the real Mebh sleeps. This free-spirited girl possesses the power to heal as well as to control the pack of wolves threatening the people. Mebh waits for her mother to return to human from wolf form so Ma can lead the pack to safety.

Under the direction of Tomm Moore and Ross Stewart, Wolfwalkers unfolds from a story by Jericca Cleland and a screenplay by Will Collins. “Wolfwalkers” was produced by Cartoon Saloon, the studio that brought out The Secret of Kells and Song of the Sea. Wolfwalkers surpasses those gorgeous films with the beauty of its animation and the strength of its voice. Its beauty transfixes with splashy color (that red hair!), and the finely drawn lines demand attention. Real artists, not CGI-ers, brought this fairy tale from word of mouth in the village to width of screen in the house.

Wolfwalkers puts girls at the center, girls who understand myth and magic and who aspire to strength and purpose. The film might be a tad long and it might be a skosh scary for really wee ones, but it fights for wolves and for girls with admirable animation.