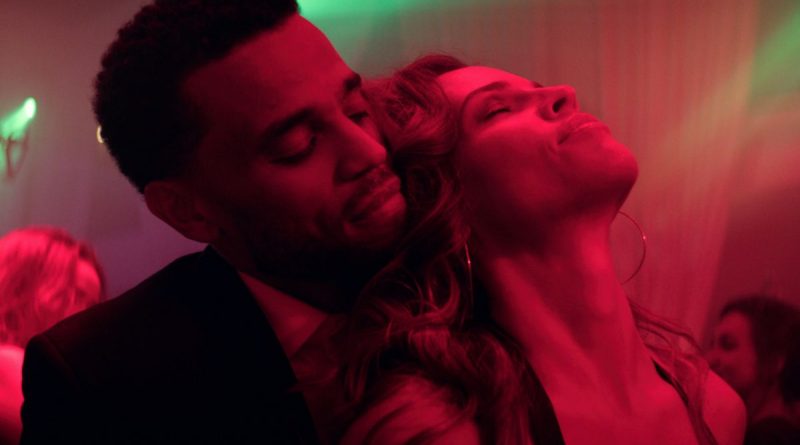 Fatale has a retrograde plot with few redeeming features.

Individuals with a couple hours to waste in a thoroughly preposterous plot will find a home in Fatale. I was attracted, to my dismay now, by two actors I admire immensely—Hilary Swank and Michael Ealy. Scripts crossing their desks must be terrible for them to accept this misadventure. Nevertheless, they soldier on, delivering good performances in ludicrous roles.

To their credit, they embrace their characters, however underdeveloped: Hilary Swank as Los Angeles Detective Valerie Quinlan and Michael Ealy as Derrick, an ex-college basketball superstar who has segued into a prominent sports agent. Quinlan and Derrick lock onto each other in a battle of wits and deception. No spoilers are included here for a narrative that throws many curves and ninety-degree turns into the mix, so suffice it to describe the basics.

Derrick finds his business and his marriage facing difficulties. His wife Traci sells real estate, but has become increasingly distant. That may not be surprising since Derrick exhibits the stress of arguing with his partner who wants to sell the agency to reap considerable profits. A trip to Las Vegas leads to a one-night stand, back in L.A. an intruder might or might not have been a setup, and Detective Quinlan arrives as the investigating officer. She’s battling for custody of her daughter with a restraining order from her ex-husband, and has a checkered past, all revealed as more convoluted complications follow, many of them violent verbally and/or physically.

Director Deon Taylor and cinematographer Dante Spinotti stage the improbable events well, and the supporting players deliver good performances. It’s the script that sinks the endeavor, the lack of imaginative and convincing developments plus a dose of regressive sexual revenge. In that regard, there’s so much of Fatal Attraction as well as other derivative homages. Promising topics, for example, racial elements, class differences, and alcohol abuse, are raised and then ignored. In other words, check critical faculties at the door and a frivolous theme park ride might suffice, which is all Fatale offers.