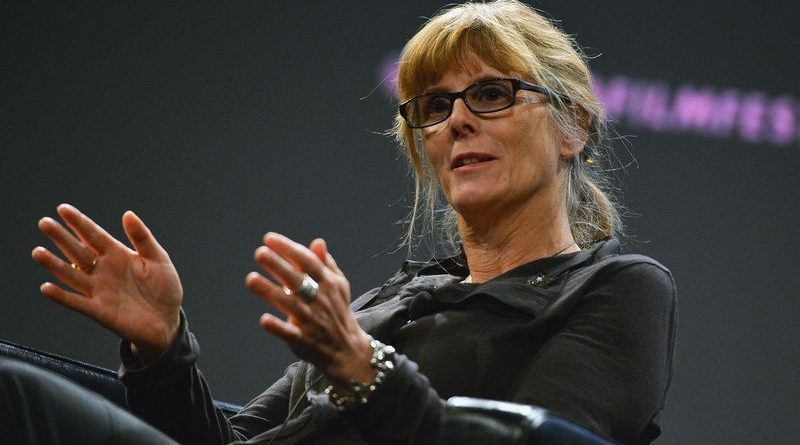 In Fennell’s film, med school drop-out-turned-barista Cassie (Mulligan) lives a double life, moonlighting as a vigilante with her sights set on taking down predatory men. Enraged by a society where “boys will be boys,” Cassie is driven by the failure of a system that couldn’t protect her best friend Nina from rape – a trauma which eventually led to her death by suicide. Perfectly underscoring Cassie’s motivation and feelings is a soundtrack of all-female pop music.

Spanning the gamut of Cassie’s emotions, the Promising Young Woman soundtrack is equal parts dark, edgy female rage and catchy, lighthearted pop. Throughout the film, music supervisor Susan Jacobs allows Cassie’s state of mind to manifest in the music from the movie’s first few minutes until its ultimate conclusion.

The film’s opening scene is set in a neon-lit, bro-filled club with Charli XCX’s Boys blasting through the bar. Her poppy track stands in stark contrast to our first visual of a seemingly inebriated Cassie who sits at the mercy of party dudes, oblivious to their own gross drunken behavior. Where Charli XCX’s music video for the song is all about daydreaming and heartthrobs like Joe Jonas, the use in Promising Young Woman flips the entire meaning behind the song on its head, setting the stage for the takedown of toxic male behavior. It’s just one of the examples of how female-pop music that’s not normally taken very seriously, is given an edgy new makeover under Fennell’s guidance and Jacobs’ design.

A cover of The Weather Girls’ campy hit It’s Raining Men comments on catcalling construction workers while a re-arranged string-heavy version of Britney Spears’ Toxic has more in common with Psycho’s score than a dance floor. Arranged by the soundtrack’s sole male contributor Anthony Willis, the familiar and fun Spears track becomes a chilling new creation that warns of the horror to come for Cassie.

But it’s not all doom and gloom in Promising Young Woman. 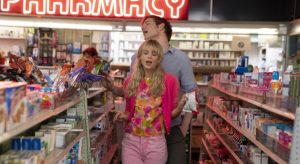 Paris Hilton’s bubbly 2006 track Stars Are Blind anchors one of the film’s most joyful moments as Cassie finds herself in the middle of an unexpected love story with Ryan (Bo Burnham). As the cheesy, bubblegum song plays during a mundane moment in a pharmacy, Cassie and Ryan are transported into the middle of a scene straight out of a rom-com as they deliver a blissful karaoke version of the light-hearted pop song.

But it’s in the film’s conclusion that the soundtrack truly soars. With a wink to the audience, Juice Newton’s Angel Of The Morning lands with an emotional gut punch that perfectly sums up Promising Young Woman’s entire journey through irony, joy, sadness, and ultimately triumph.