The Alliance of Women Film Journalists is welcoming four outstanding female film journalists as new members, starting in January 2021. They are film critics, commentators and reporters who hail from across the U.S. and Canada, and represent a wide range of media platforms, including popular and erudite publications, daily newspapers and other print journals, broadcast, podcast and online outlets.

Congrats to those who are joining us in 2021. AWFJ accepts very few new members each year, and this year’s number is more limited than most because of the pandemic. Sincerest apologies to the many highly qualified women whose applications we could not accommodate for 2021.

Here, in alphabetical order, are the 2021 new members of the Alliance of Women Film Journalists: 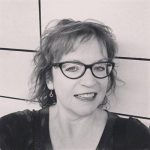 BARBARA GOSLAWSKI is the co-host/co-producer of Canada’s Frameline. As a freelance writer and film critic for the past 30 years, she has contributed to numerous dailies and magazines including The Globe and Mail, The Canadian Film Encyclopedia, Box Office Magazine, as well as to several books. A veteran of the Canadian film industry, Barbara has worked in many key areas including distribution and programming, and has also served on various festival juries. 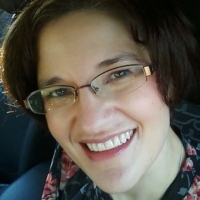 VALERIE KALFRIN is an award-winning crime journalist turned freelance film writer whose work appears at RogerEbert.com, In Their Own League, Script, The Hollywood Reporter, and other outlets. Also a screenwriter and script consultant, she’s passionate about challenging stereotypes about gender and disability. Let’s tell better stories and tell stories better. 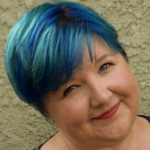 KAREN PETERSON is a Los Angeles-based film critic and Awards Editor for We Live Entertainment. Prior to joining We Live, she began her career in film criticism and awards coverage as a writer and assistant editor at AwardsCircuit.com. She is also one half of the podcasting team at Citizen Dame, a feminist film podcast dedicated to celebrating the work of women onscreen and behind the scenes. She is also a member of the Hollywood Critics Association. 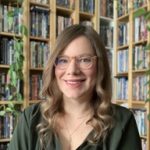 RACHEL WEST is a Toronto-based producer for ET Canada with a B.A. in Film Studies. A Tomatometer-approved critic, she’s a regular contributor to That Shelf. She’s interviewed everyone from Michael Fassbender to Miss Piggy and has reported live from TIFF, the SAG Awards, Comic-Con, and the Golden Globes, among other events. Her film writing has appeared in publications including Globalnews.ca, The National Post, Cineplex Magazine, Letterboxd, and more.