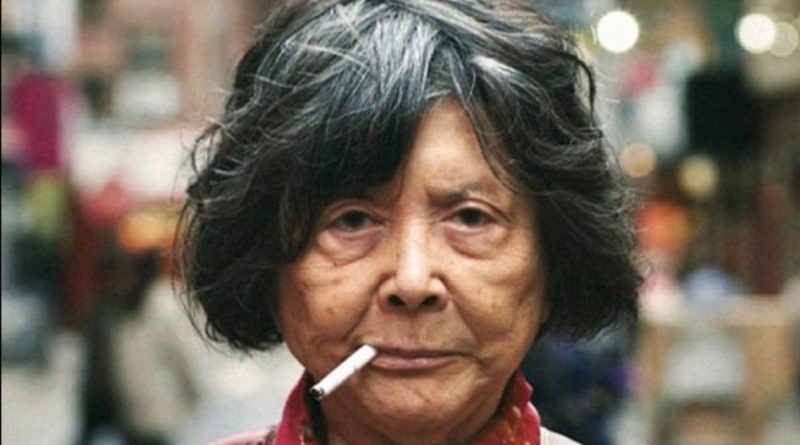 Filmmaker Sasie Sealy’s Lucky Grandma is a darkly comedic drama and unexpectedly poignant action/thriller romp through the intrigued-filled world of an elderly Chinese nainai (the brilliant Tsai Chin) whose assertive risk-all Atlantic City gambling habit lands her in the middle of a violent gang war in NYC’s Chinatown.

Because a Chinese fortune teller declares the day to be auspicious, our chain-smoking Grandma (or Nainai, as she’s called in the film) withdraws her life savings from the bank, climbs aboard an Atlantic City-bound bus, marches into a casino, sits herself down and gambles in a self-assured go-for-broke fashion that has her winning huge — until the casino gets the better of her and she loses everything.

Dazed, confused and penniless, Nainai boards the bus to go back to Chinatown. No spoilers, but on the return trip, she has a windfall that makes her think her good fortune has been restored, but actually lands her in the middle of a raging gang rivalry.

Yet, Nainai is a tough fortune cookie who, whether standing her ground or sneaking away, manages to defy and outwit the bullies. Her face off with the rival gangstas — who are played as stereotypically terrifying yet totally inept — is cringe-worthy yet comedic. And, the film’s life-or-death shoot outs and other action sequences are actually quite absurd and absolutely hilarious.

Meanwhile, in her ‘normal’ life, Nainai’s loving but somewhat strained relationship with her adult children — who treat her like their child and want her to leave her own apartment and come to live with them — presents an amusing yet thought provoking look at a ubiquitous cross-cultural senior citizen issue. Nainai wants to remain independent and resists her son and daughter-in-law’s ploys and pleading, but her threatening encounters with mobsters might just make her change her mind.