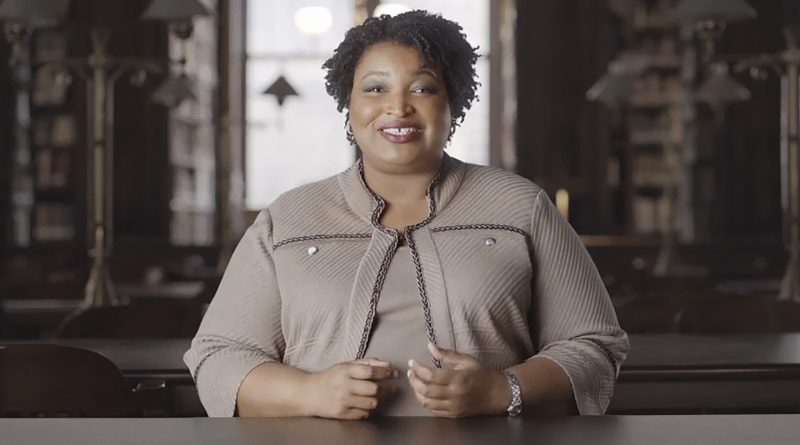 Stacey Abrams was the first black woman in the U.S. to be a major party’s nominee for governor. Her loss to Republican Brian Kemp may have been the largest catalyst to effectively turn the tide of American politics since 2016. She didn’t get mad or vindictive or call foul. Instead, she peacefully, conscientiously went to work to change history. Abrams brought issues regarding voter registration into the public political debate. She got the entire nation organized, fired up, and registered. Georgians turned out in numbers never seen before to elect Joe Biden our next President.

But Stacey Abrams didn’t stop there. Last week, she helped Rev. Raphael Warnock and John Ossoff win their run-off races to put the Democrats back in control of the Senate. Voter suppression has a long, sordid history in this country. In All In: The Fight for Democracy, Abrams, alongside historians, fellow lawyers, and activists gives us an education about the history of suppression of voter rights in our democracy. With news clips, some beautiful animation, and a bit of help from her extraordinary parents, we get to know Abrams’ path in life and how she’s taken on right to vote issues which continue to be an uphill battle. When we say, “Every vote counts” we truly understand what that means now.