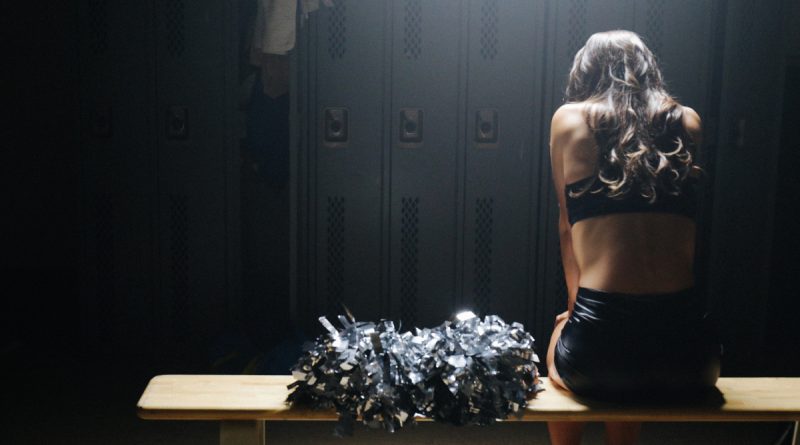 A Woman’s Work: The NFL’s Cheerleader Problem, a documentary directed by Chinese-Canadian filmmaker Yu Gu, focuses primarily on two cheerleaders’ personal stories and their legal battle for better pay and working conditions in the male-dominated industry. The NFL has coddled the owners and used cheerleaders since its inception, paying mascots and beer slingers more than the hard working dancers the fans come to see, and cheer on their teams. Some get no pay, some get less than the legal minimum wage.

The insult to injury is that these women had to pay for all their mandatory grooming and travel expenses and health care while providing entertainment and eye candy to the rich owner’s pet charity events. They were even fined if they were late or showed up missing an item.

The #MeToo movement of late has dovetailed with several class action lawsuits against the NFL, the wave of “outing” bad behavior and fighting in courts to serve justice to working women is at the core of this maddening documentary. And unlike Hollywood where Harvey rots in prison and Louie has been quietly banished from comedy and television, the National Football League powers on and takes very good care of the men’s salaries, refusing for the most part to publicly admit wrong doing.

In 2014, a small town Louisiana girl spent years training in dance to eventually strike out and win a spot as an Oakland Raiderette. After her husband pointed out how he was not okay fronting expenses for her job that never paid, Lacy Thibodeaux-Fields had an “a-ha” epiphany after having a heart to heart with her grandmother who shared how women put up with sexual abuse for fear of losing a job, one that paid little money compared to men doing the same work. Lacy sued her team for violating labor laws, including paying her and her fellow cheerleaders less than minimum wage ($1,250 for a whole season, or just $125 per game).

Many NFL teams never even paid their cheerleaders, contractually classified as “employees” for mandatory practices or public appearances. Forget any health insurance in light of the potential for injuries either. In the case of cheerleader Maria Pinzone of the Buffalo Jills, she also got nothing and was hounded about her physical fitness and any adipose tissue “jiggling” in humiliating jumping jack examinations.

She filed a lawsuit against the Buffalo Bills, alleging similarly poor working conditions. Her attorneys successfully looped the NFL into her legal action with employment contracts signed by NFL commissioner Roger Goodell that damned them.

Filmmaker Yu Gu fastidiously followed these two women for years, through the birth of children in Lacy’s case and an unexpected move to London, then back to the USA and yet another pregnancy. She eventually opened a dance studio in Florida. Gu shows us the life of Maria from childhood through her wedding to the tragic loss of her mother to breast cancer. Others are briefly interviewed, but the film focuses on Maria and Lacy for the most part and their legal battles that commenced in 2014.

Needless to say, the older, retired Raiderette cheerleaders interviewed by Gu bitterly lambasted these upstart cheerleaders and their legal efforts, stating that the sisterhood and friendships meant more than money. These women were forged in a time where the men were expected to carry the burden of being the familial breadwinner, and they accepted the gendered wage theft as if it were a just a privilege to be part of this construct and quite normal, which for their times, sadly, it really was.

A Woman’s Work, which originally premiered at the 2019 Tribeca Film Festival and has aired on PBS, is a frustrating and affirming look at how women need to value their contributions and work so that they can rightfully demand what is owed them.

The narrative is a build as we see how much work goes into being a cheerleader on the professional level, and how men’s attitudes seem to shift when they have daughters. We see first-hand how upside down that pro football world is when it comes to fair remuneration.

Women work, and always have. What they are paid or should be paid is the crux in this film’s case. The new normal for these women is fought for tooth and nail through layered class-action suits that present the holes in their insulting contracts, and step-by-step build a case that proves they are added value and deserve at the very least, the same pay as the guy who sells you a beer or a pretzel.

We also get an interesting perspective about how the Raiderettes case in California changed labor laws thanks to the vocal support from California Assemblywoman Lorena Gonzales. There are still active cases, and nearly half of all NFL teams are dealing with lawsuits and new policy and payscale for these cheerleaders.

So, what does being a cheerleader for the National Football League entail?

You need to invest in your nails, expensive manicures, haircuts and color, false eyelashes and gas money to get to the owner’s events where you are expected to entertain high dollar donors and patrons. You must pose for any photoshoots for calendars the team profits from. You have to keep yourself fit and sweat through grueling drills to remain in top physical condition, just like a player.

Months and months of practices for the big game day on the gridiron in stadiums packed with throngs of paying fans. When Gu and the producers did the math it worked out to less than $5 an hour. A mascot can make over $60,000 a year, but a cheerleader is lucky to earn $2000. Many never get anything and spend out of their own pocket just to be considered an “employee” of the team.

This astounding inequity and how some attorney teams absorbed this insanity and crafted their cases are the illuminating aspects and the engine that drives A Woman’s Work: The NFL’s Cheerleader.

We are taken into the process of employment law and the art and smarts of building a case with Lacy’s deft attorneys Darci Burrell, Sharon Vinick, Leslie Levy. And for Maria, Sean Cooney and his former partner, litigator-turned-politician Marc Panepinto who interestingly was convicted and served two months in jail for unwanted sexual advances.

Gu films these women through profound changes in life: New babies, the death of a parent and the self-doubt and moments of frustration as these cases linger and take their time to resolve. They stuck it out and benefited their fellow cheerleaders with a reckoning and long overdue repayment of lost wages.

It is also an excellent look at how the hard work of employment law specialists matter, and that women should never be discounted or written off or made light of and ignored. Their fight for wage and gender equality is part of the leveling and great cultural awakening as we women need to face all challenges in all sectors today, and feel safe to right the wrongs of the status quo that took (and in some cases still take) us all for granted.