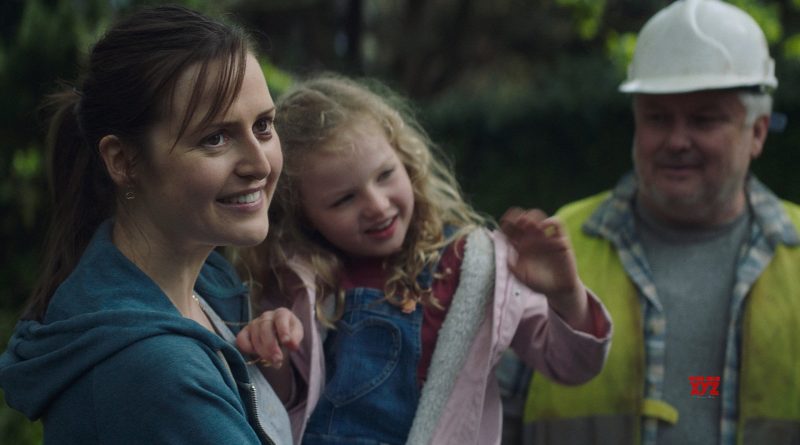 Herself zooms in a hard-working woman overcoming domestic abuse

The film opens with a harrowing scene as husband Gary beats Sandra, breaking her arm with a solid stomp on it. She will carry that injury literally and symbolically for the remainder of the film. As Gary’s attack begins, Sandra desperately speaks her code word to Emma who knows to run for help, instantly communicating that this has happened so many times that an escape plan exists. After this disturbing event, Sandra flees but finds refuge only in a hotel’s one room, and there she must enter from the back, climbing stairs instead of having access to the front lobby elevator. These details reveal the enormity of Sandra’s and her daughters’ predicament.

Meantime, Sandra labors at two jobs, one that brings her hope. She cleans for the spunky Harriet, for whom Sandra’s mother worked and who offers her large backyard as a location for Sandra’s modest new home. The largely nonprofessional crew building it metaphorically parallels the construction of a new life for Sandra, her family, and, actually, everyone contributing because of their renewal through, for no money, donating their time and energy. They are compensated one-hundred fold as those helping others through a generosity of spirit know quite well.

The entire cast’s performances add immense appeal without sentimental indulgence. As Sandra, Clare Dunne, who co-wrote the script, is exceptional, registering the spectrum of emotions. Sandra battles herself and others to earn her family’s chance at a better life. This is more encouraging than superhero victories. Lloyd already has admirable directing credits, including Mamma Mia and The Iron Lady I’m hoping she decides the smaller, finely crafted character studies are now her path forward. Herself streams on Amazon Prime.