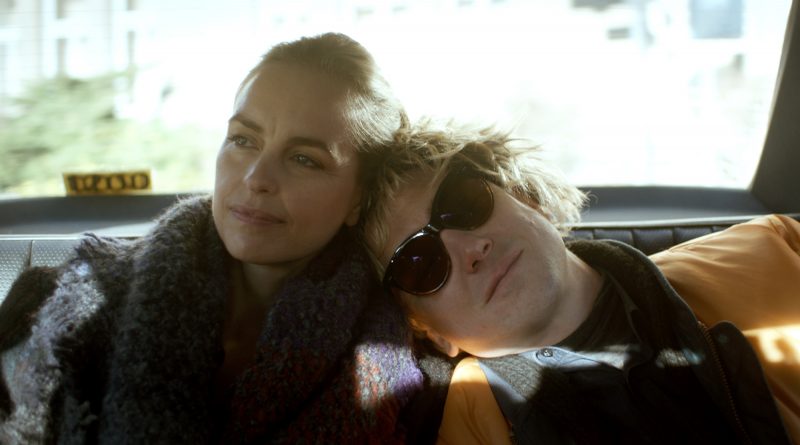 My Little Sister, Switzerland’s entry for the foreign language Oscar category, ostensibly lets audiences peek inside the complex relationship between fraternal twins as one struggles with cancer. While that’s a poignant part of this tender drama, the film’s underlying story is more about how much the titular sister gives to everyone but herself.

Lisa (Nina Hoss of TV’s Homeland and the 2014 historical drama Phoenix) used to be a successful playwright in Berlin but has relocated to Switzerland with her husband, Martin (Jens Albinus), and their two children. Martin runs an international school, where Lisa teaches, and he also enjoys paragliding over the Alps. Meanwhile, Lisa keeps rearranging the same sticky notes of story points on the wall of their guest bedroom. She also returns to Berlin to care for her twin brother, Sven (Lars Eidinger, High Life), a once-successful actor to whom she’s donated bone marrow.

Sven is eager to return to the theater where he knows how to play Hamlet in his sleep, but the director isn’t so sure he has the stamina to return to the stage. The twins’ mother, Kathy (Marthe Keller of Marathon Man and Hereafter), was supposed to let Sven stay with her, but she can barely stop smoking around the house, let alone manage his care. “I can’t stand watching you waste away. I’d rather die,” Kathy blurts out. So Lisa takes Sven back home with her. Someone has to step up, after all.

Writer-directors Stéphanie Chuat and Véronique Reymond, who previously teamed up on the 2018 documentary Les Dames, craft a script full of subtext with characters that never seem two-dimensional or overly maudlin. Hoss and Eidinger create a believable and affectionate rapport in small moments, such as her giving him sunglasses for his sensitive eyes as they ride in a taxi. He thanks her by putting his head on her shoulder.

Lisa stopped writing the day he was diagnosed, he remembers. She never complains about caring for Sven; yet as she tells Martin before a school function, she wishes she had a day without obligations. Her mother doesn’t seem to listen to her, referencing her own theater days and Lisa’s old relationships. Martin seems supportive but also has work on his mind. The only one who really notices Lisa is her brother. He’s older by two minutes and should take care of her, he notes.

My Little Sister may not have consistent dramatic momentum, but it’s a moving and heartfelt portrayal of a sister who gives all she can and a brother who finds a way to give back. Bring tissues.