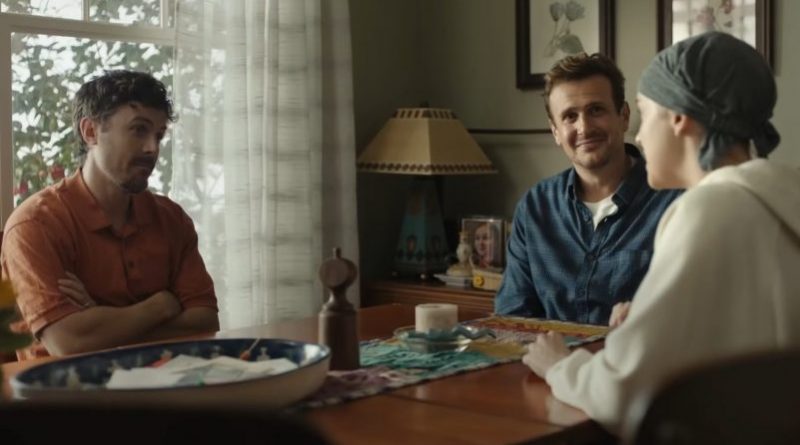 Too bad Charles Dickens has dibs on the title Our Mutual Friend.

It would have worked perfectly for Our Friend — which played the 2019 Toronto International Film Festival as The Friend.

The latter is what journalist Matthew Teague titled his award-winning Esquire magazine article about his wife Nicole’s losing battle with cancer — and their best friend’s role in helping them, and their daughters, deal with the agonizing reality.

It’s a painfully detailed, strikingly written account of, in Teague’s words, “The shock of mortality. One man’s collapse. And another man’s refusal to let it happen.”

That’s essentially what the movie adaptation explores — but, frustratingly, in a manner that undercuts the story’s emotional impact.

Granted, we’ve all seen (too) many dying-young dramas, from the spare and harrowing to the shamelessly manipulative.

In theory, Our Friend deserves credit for trying to do something a bit different.

The movie opens at a pivotal moment in the life of the Teague family — when Matthew (quietly intense Casey Affleck) and Nicole (Dakota Johnson, glowing even as she’s wasting away) decide it’s time to tell their kids (Isabella Kai Rice, Violet McGraw) about mom’s dire prognosis.

The kids are on the front porch of the charming family home, in the charming, leafy-green Alabama town of Fairhope, in the teddy-bearish company of Dane Faucheux
(Jason Segel, sensitive and droll), the movie’s title character.

We don’t realize that yet — but we will. Not that Our Friend makes it easy for us.

That’s because the movie’s purposely disjointed narrative structure keeps skipping around over a 14-year period.

During the trio’s early years in New Orleans, Matt’s toiling at the local newspaper and Nicole’s performing in musicals — and trying to encourage Dane in his seemingly endless quest to find his way in the world.

Little wonder, then, when Nicole becomes ill, Dane puts his own life on hold to assist with his friends’ suddenly transformed existence.

Director Gabriela Cowperthwaite has a keen eye for the homey yet precious rituals of everyday life. A pity her fondness for portentous, eye-of-God drone shots repeatedly dwarfs them.

And screenwriter Brad Ingelsby’s adaptation ricochets through the years so relentlessly you need a spreadsheet to chart who’s who, who’s where — and why they keep saying things everybody already knows.