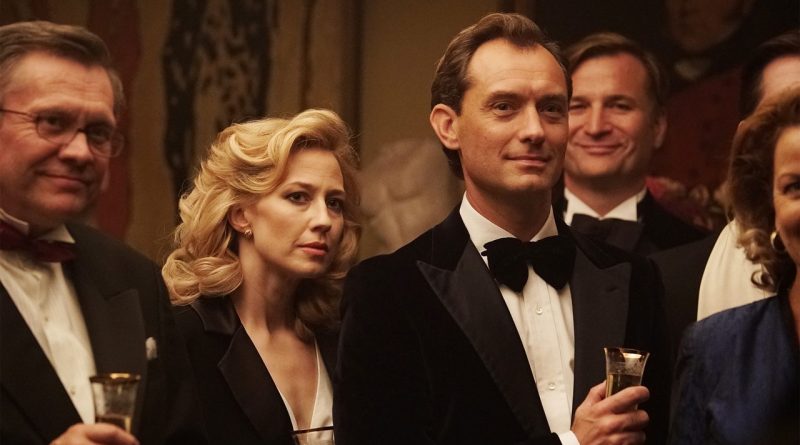 Back in the 1980s, which is when this film is set, one of the Ladies’ Home Journal’s most popular monthly features was “Can This Marriage Be Saved?” drawing from the files of marital therapists and counselors.

Sensing an opportunity to score big-time, ambitious Rory rejoins his former firm and leases a cavernous, centuries-old country manor in Surrey where – as legend has it – Led Zeppelin once stayed while working on an album.

No one’s happy there, including Allison’s beloved black thoroughbred stallion Richmond, who raises a ruckus as a proper stable and riding ring are under construction.

Problem is: stretched far beyond his financial means, Rory’s a pathological liar. He tells people they still have a penthouse in Manhattan and are shopping for a flat in Mayfair. And his patrician English boss (Michael Culkin) is resisting Rory’s brash buyout plan which would net him a huge finder’s fee.

For many years, chain-smoking, co-dependent Allison has enabled Rory’s luxurious fantasies, contributing to the posh facade – until she can’t stand the pretense any longer. Bitterly disillusioned, she is tired of stashing cash in hiding places and pretending that all’s well.

In the press notes, Durkin acknowledges that the slim concept emanated from his own transatlantic memories of alienation as a child in the ‘80s and ‘90s.

On the Granger Gauge of 1 to 10, The Nest is a sinister, somber 6 – yet another dysfunctional family drama.