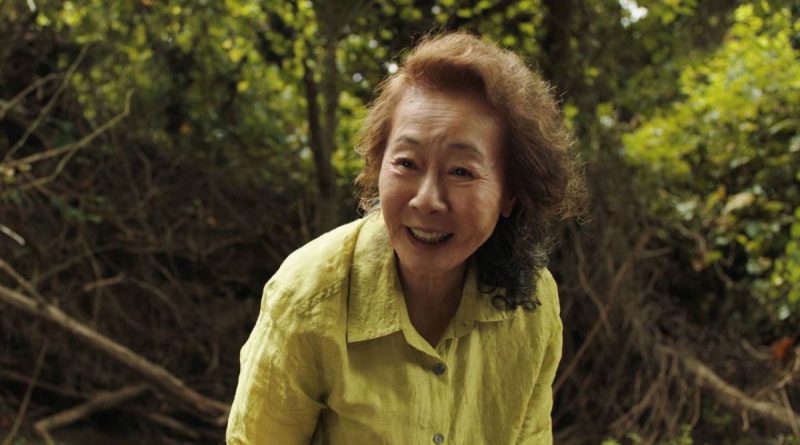 Writer/director Lee Isaac Chung’s candid reflection on the Korean-American migration focuses on the fictional, first-generation Yi family’s pursuit of the American dream on a 50-acre farm in rural Arkansas – and it should resonate with anyone familiar with the immigrant experience.

After a long cross-country trip from Los Angeles, the Yi family arrives at their new home, a prefab trailer, propped up on cinder blocks in the middle of a field. It’s the 1980s.

While Monica settles the family into their new surroundings, Jacob’s first challenge is to locate water, so there’s an encounter with a ‘dozer,’ using a forked stick to tell them where to drill a well.

Jacob finds a friend/helper in Paul (Will Patton), an evangelical Pentecostal neighbor. And the title stems from a popular, peppery, leafy-green Korean vegetable/herb – similar to watercress – that Soonja plants in an area where it will thrive. It’s a metaphor.

As inspiration for this semi-autobiographical tale, filmmaker Chung cites Francois Truffaut’s “The 400 Blows,” along with Willa Cather’s autobiographical “My Antonia” and Anton Chekhov’s short story “The Step.”

So it’s all about the dilemma of assimilation versus independence, taking various forms: Should they go to church to meet neighbors? If so, which church should they go to?

Despite its prevalent Korean language (with English subtitles), it’s a distinctly American story about an immigrant struggling with the inevitable dilemmas of daily life yet determined to follow his dreams.

Nevertheless, the Hollywood Foreign Press (HFPA) rejected its submission as Best Picture, delegating it, instead, to the Best Foreign Language Film category, despite its being American-made. That’s exactly what happened last year to Lulu Wang’s The Farewell, also released by A24.

On the Granger Movie Gauge of 1 to 10, Minari is an observant, engaging 8, opening theatrically on Feb. 12 and streaming on-demand on Feb. 26.