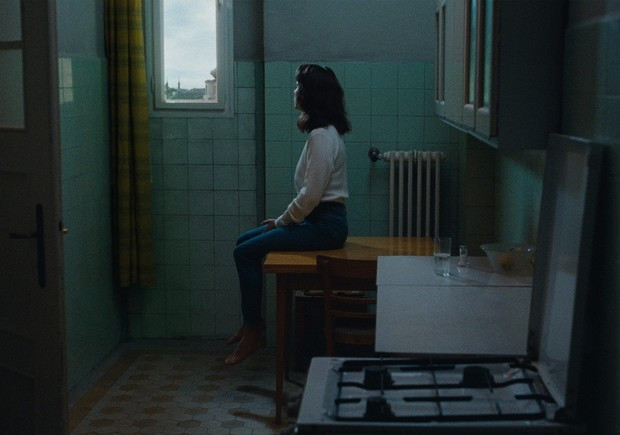 The intriguing title suggesting an unusual, challenging film will follow, Hungarian director Lili Horvát’s Preparations to Be Together for an Unknown Period of Time delivers on that promise. For the first image on screen is the last stanza of Sylvia Plath’s poem, Mad Girl’s Love Song, in which the speaker wonders if “I made you up inside my head.”

Equally enticing, the opening shot of protagonist Dr. Márta Vizy on a plane invites viewers to join an exploratory journey. Márta’s voiceover explains she’s returning to her home city Budapest after twenty years in the U.S. A highly respected, 39 year-old neurosurgeon, Márta waits for someone—who is this mystery man?—at the Pest end of the Liberty Bridge over the Danube River. No one shows up. Taking matters into her own hands, outside the Budapest Medical University Hospital, she confronts Dr. János Drexler who, Márta asserts, arranged to meet her at a specific time at the designated bridge location. He denies having met her at a US neurosurgeons’ conference or agreeing to any such rendezvous. Márta collapses, and, just seven minutes into the film, the narrative now gears up with unexpected twists and turns that I will not reveal.

Writer and director Lili Horvát says her inspiration came from exactly
this idea of Dr. Vizy quitting an enviable job and traveling to start a new life, pursuing an imaginary love over which she obsesses. How much of what follows springs from Márta’s imagination and how much is real? With the compelling performance of Natasa Stork as Márta who is in every scene until very late in the film and with Róbert Maly’s superb cinematography relying heavily on close-ups, it’s challenging and tantalizing to decide how much really occurs.

The contrast between Dr. Vizy’s blind fixation and her extraordinary competence as a neurosurgeon intensifies the head versus heart dichotomy. She’s told she’s one in one hundred after she successfully completes an operation on a conscious man’s brain. Her nature is as divided as Budapest: the Danube River separating Buda on the cliffs from the flat Pest. The deep immersion in Márta’s life makes for a haunting psychological thriller. Preparations to Be Together for an Unknown Period of Time is Hungary’s submission for the Best International Film Academy Award. In Hungarian with English subtitles, it is available through the Greenwich Entertainment website.