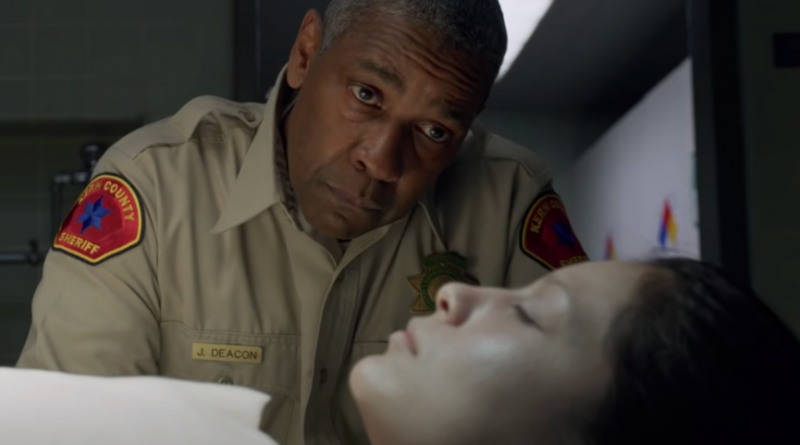 Reasons for not engaging with The Little Things include the range of acting and the too-tricky storyline. The latter, the biggest reason for staying home or turning off the TV box, also suffers from failure of imagination. The Little Things is one more damnable film about a serial killer of young women.

History may explain somewhat: the director John Lee Hancock, who also directed The Blind Side and Saving Mr. Banks, wrote the script 30 years ago. He made no attempt to update the plot. He did distinguish among the troika of men in the lead, however. Joe Deacon, a gumshoe with a history, returns to L.A. from exile and becomes involved in this old case. He partners with Jim Baxter, a young, ambitious cop. Mentee, meet mentor.

Their target is a suspicious Manson-lookalike, a self-described “crime buff,” who might just outsmart the detectives. Deacon is played by Denzel Washington, who barely moves with all that gum on Deacon’s shoes. Rami Malek (Bohemian Rhapsody) disappears inside Baxter’s tailored suits as he shadows Washington. Jared Leto (Dallas Buyers Club) alone injects energy into the film with his portrayal of the Satanic character (again, a man suspected of killing women left and right).

Watching the three actors do-si-do certainly captivates more than teasing apart Hancock’s unnecessarily nubby script, which includes teasers and a red barrette and dubious justice. The Little Things drags around its 30-year-old generic carcass from the 1990s when it was written and when it was set. Period details barely extend beyond pay phones and Polaroids and that hoary plot. Hancock tries to bury the woman-hating beneath the interplay among the three men and the subplots, but since femicide is the reason this large crew has come together, it lurks menacingly. Killing a lot of women as a plot device is not nostalgia. It’s just criminally lame.