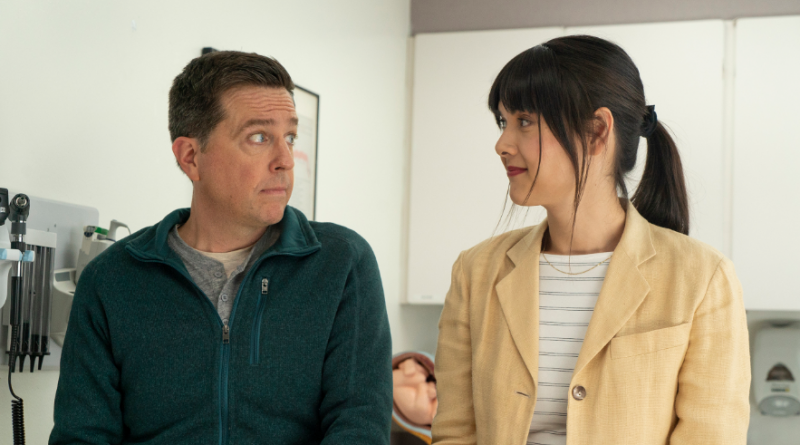 I was unprepared for how beautiful and heartwarming Nikole Beckwith’s Together Together is, so I’m preparing you. Writer/director Nikole Beckwith brought her feature film debut to Sundance in 2015 with Stockholm, Pennsylvania, which starred Saoirse Ronan, and it got rave reviews. Now she returns with her second feature, and Together Together deserves equal attention.

From the very first frames, the charm of both characters jumps off the screen. In an age where rom-coms are frowned upon, Together Together is the kind of love story to which anyone who has ever had a baby, a friend, or felt alone can relate. Platonic love can be every bit as powerful as any other we feel as we humans go through our lives. Watching it through the lens of the pandemic, especially for those experiencing it as a single person living alone, will be a balm to film lovers who seek this surrogacy dramedy out.

26 year old Anna (Patti Harrison) has committed to being a gestational surrogate to middle-aged wannabe dad Matt (Ed Helms). As the months wear on, Matt slowly brings Anna into his joyful, nervous, enthusiastic preparations for the child, and the two become unlikely friends. He even takes her with him to therapy. Gender roles are largely switched from the current norm here, and screenwriter Beckwith invites us to consider why those roles must persist. Helms is particularly winning as Matt. Every fear of inadequacy, every indication of his enthusiasm for creating a family show in his facial ticks and lopsided smiles.

In her script, Beckwith brings up so many aspects of what parenthood and partnership mean, but ultimately she examines the many facets and unique power given through the strength of friendship. Her story is reimagining or redefining where masculinity and parenthood connect, in terms of unapologetically feeling deeply about all stages of pregnancy and attachment to children.

It should also be mentioned that actress Patti Harrison, who plays cisgender straight Anna, is a trans actress. That makes this portrayal one of the first and hopefully not the last case of a trans female performer being taken for what she is, which is capable of the full spectrum of characterization within the context of womanhood.

Harrison and Helms are present in every moment. You take the journey with them and when they are both sobbing together during the birth, it’s hard not to shed a happy tear with them. It makes for a gorgeous catharsis.

EDITOR’S NOTE:Together Together is AWFJ’s Movie of the Week for April 23, 2021.