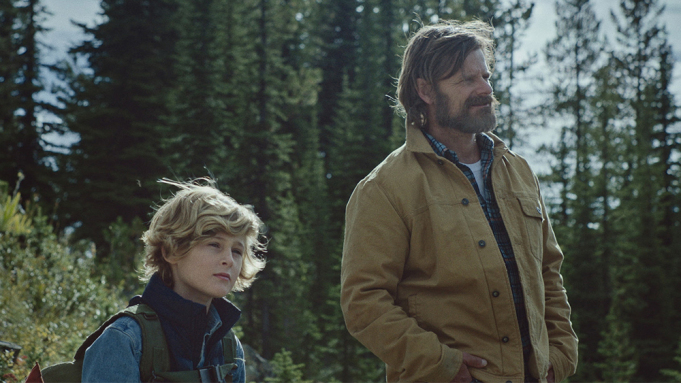 Cowboys takes place in Big Sky Country amid the glorious mountainous terrain of Montana. But the Western tale it tells is driven not by outdated macho clichés but instead shows sincere sensitivity about sexual identity in portraying a young trans boy who comes out to his flawed but sympathetic dad. Mom, however, is not quite so keen on daughter Josie becoming son Joe, foisting pink clothes and dolls on him while he chooses sling-shots and manly leather boots.

That first-time writer-director Anna Kerrigan smartly recruited two fine actors known for their comic chops to play Joe’s separated working-class parents, Steve Zahn as Todd and Jillian Bell as Sally, prevents her movie from becoming a domestic soap opera. There are no real heroes or villains, just humans dealing with what life has dealt them. That includes non-binary kid actor Sasha Knight as the introspective Joe, whose thick mop of blond curls rivals Shirley Temple’s.

Given Sally’s unwillingness to accept Joe’s newfound identity, Todd decides to take his son away in the middle of the night. When his truck breaks down, he borrows a horse from a friend and plans to make a run with his son across the border to Canada. Alas, he doesn’t exactly have all his ducks in a row emotionally, as he takes pills to manage his mental state and goes to meetings to manage his meltdowns. Sally reaches out to a female detective (Ann Dowd, a perfect casting choice) in order to bring Joe back home and the local law officers are soon in pursuit. One complaint? Kerrigan is too reliant on flashbacks, instead of using a more linear approach to her story.

All could have ended in a tragedy, especially after Joe almost drowns in a fast-moving current and Todd loses his pills while saving him. Eventually, Todd pays the price for his bad planning. But unlike Butch Cassidy and the Sundance Kid, father and child avoid jumping into a void and instead are allowed to pay for their mistakes. Besides, any movie that allows a queenly presence like Dowd to sit atop a white steed while saving the day is worth seeing.

EDITOR’S NOTE:Cowboys is AWFJ’s Movie of the Week for February 12, 2021