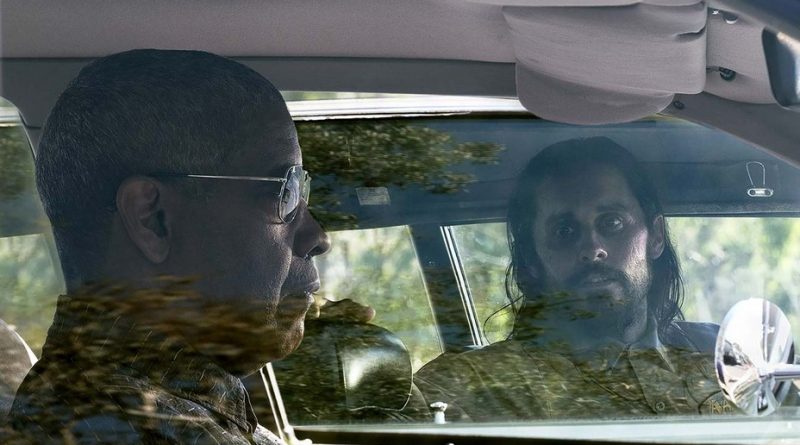 The disastrous disappointment of John Lee Hancock’s neo-noir serial killer procedural demonstrates how a compelling script is still the most important element – even with three A-list, Oscar-winning actors.

The sinister prologue shows him pursuing a female driver on an empty freeway at night as she tries in vain to seek help at a closed gas station – accompanied by Thomas Newman’s ominous score.

Stoic Joe “Deke” Deacon (Denzel Washington) is an aging deputy in the Kern County sheriff’s department; he has an enigmatic backstory, including a heart attack, that supposedly explains why he’s tormented by a cold case from the past.

So you have odd-couple cops after an elusive psychotic killer – and nary a distinguishable female character within camera range.

Perhaps its derivative datedness can be attributed to John Lee Hancock’s having written the screenplay almost 30 years ago (1993) after completing his work on Clint Eastwood’s “A Perfect World.” In the intervening years, Eastwood, along with Steven Spielberg, Warren Beatty and Danny De Vito, expressed interest in directing. Right now, however, it’s past its prime.

On the Granger Gauge of 1 to 10, “The Little Things” is a floundering, formulaic 4, streaming on HBO Max.