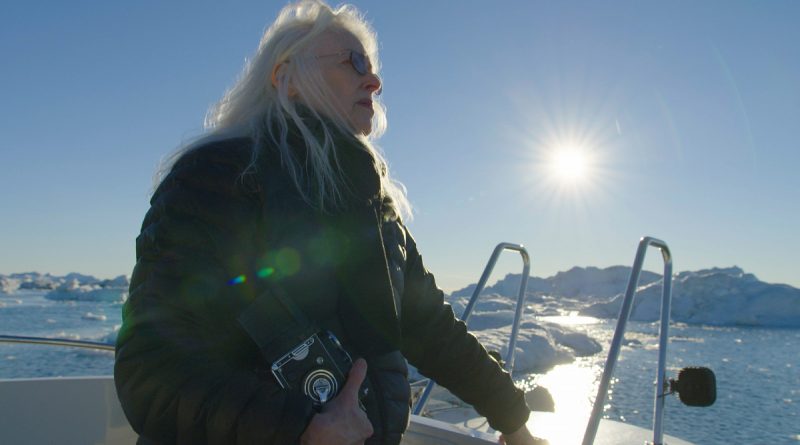 It would be one thing if a scientist jabbered about global warming with an iceberg in the background. It would be another if an artist boasted about the beauty of a cold place up north. However, marry art with science, pair Lynn Davis with Tony Leiserowitz, and you birth a stunning documentary.

Davis has been photographing Greenland since the Eighties. She first went to that seemingly god-forsaken island as a way to grieve the loss of friends, like fellow photographer Robert Mapplethorpe, as the plague of AIDS decimated her artistic community. She kept returning. She stopped dyeing her hair and became snow-crested herself. She stopped photographing nudes and started recording glaciers. She became a reporter, not just of those ‘bergs but, not coincidentally, also of Greenland’s meltdown.

Leiserowitz, director of Yale University’s Climate Change Communication Project, had never been to Greenland when he was invited to Illulisat, a wee, picturesque town at ground zero for climate change. There, he and Davis — one young, one old; both poetic and scientific and artistic — discuss the looming future. At the same time, each is awed by the panorama, the denizens, and the colors. Yes, amidst the white, they see they pink and the green. Each one teaches one about beauty and tragedy, about Life itself.

They each bring poignancy to their conversation — she with her mournful as well as merry memories; he with his hugs for his son at journey’s end (think “My Octopus Teacher”). Frederic Golding directed the short (barely an hour) documentary to highlight both the art and the science, light and enlightenment. Meltdown — a remarkably good documentary, a fine report, a beauty of a film — seduces and instructs.