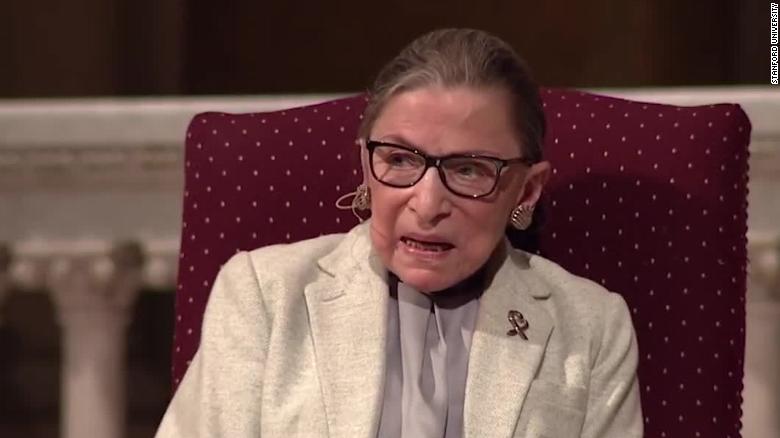 Ruth – Justice Ginsburg In Her Own Words is yet another look at the diminutive woman who became a giant of jurisprudence.

The documentary has been on the festival circuit for about 18 months and opened to the public February 12.

It seems impossible that any new material about Ruth Bader Ginsburg is still out there, but this film from Freida Lee Mock uses Ginsburg’s own words to both outline the professional and offer a glimpse of the personal.

It’s fascinating to hear Ginsburg talk about the trajectory of her own career, starting with the fact that being shining star in law school didn’t mean much. No New York law firm was interested in offering a job interview to a woman in the 1950s.

Furthermore, Bader already had one child when she finished at Harvard in 1958, another strike against her ever becoming a working lawyer in those days. Women were supposed to be at home with their children.

Ruth – Justice Ginsburg In Her Own Words traces the cases along Ginsburg’s path to the Supreme Court, stopping here and there with bits of personal information — her mother’s untimely death, her happy marriage, her love of opera, her friendship with Justice Scalia.

Little of the material is new, but much of it is told by Justice Ginsburg herself, sometimes as she speaks to classes of adolescent kids; it is always vaguely startling to hear how calm and soft-spoken this powerful woman was.

The film uses plenty of archival footage and photos as well as recent interviews and also uses animation to recreate elements of Ginsburg’s Supreme Court cases.

Featured subjects include several people whose lives were directly affected by Bader, among them Jennifer Carroll Foy, a public defender currently campaigning to become Governor of Virginia, who was able to attend the formerly all-male Virginia Military Institute; Stephen Wiesenfeld, a widower who fought for the right to receive survivor’s benefits and stay home with his infant son; Goodwin Liu, Associate Justice of the California Supreme Court and former clerk to Ginsburg; and Lilly Ledbetter, whose shabby treatment by her employer, Goodyear Tire, influenced the Fair Pay Restoration Act.

Somewhat plodding, Ruth – Justice Ginsburg In Her Own Words, was made in 2019, when Ginsburg was still alive. As a result, even a documentary this recent already feels dated; the timing makes filmmaker Mock’s work look like hagiography in light of recent Supreme Court chaos with Brett Kavanagh and Amy Coney Barrett.

And it is Mock’s misfortune that her work follows two other recent films about Justice Ginsburg (Mimi Leder’s On The Basis of Sex and RBG, from Julie Cohen and Betsy West) and suffers by comparison.

Thereby Ruth – Justice Ginsburg In Her Own Words plays like a primer, edifying if not entirely engaging.