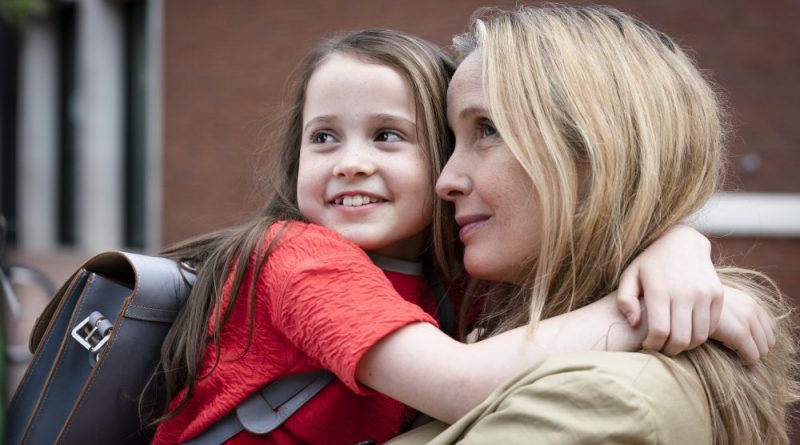 Ever since I first saw Julie Delpy in Before Sunrise, the first film in Richard Linklater’s top-notch romantic trllogy, I’ve always found her to be casually mesmerizing and naked with her feelings in a way that only a handful of actresses could ever achieve. That is also true with her latest project, “My Zoe,” where she proves to be a triple threat as the female lead, director and writer.

Delpy also proves to be a bit of a trickster, presenting what seems to be a domestic melodrama about combative ex-spouses who can’t let go of their bitterness and acrimony that morphs into something like futuristic sci-fi thriller that stretches ethical boundaries.

Both adore their sweet grade-school age daughter, the Zoe of the title, but it is a tug of war when it comes to sharing custody. Richard Armitage carries the heavy burden of being James, a bit of a bastard, as he tries to guilt Delpy’s Isabelle into always getting his way and insisting she is the one who isn’t fair.

But a tragic accident upends everyone’s life and it seems that all is lost. Turns out, however, that might not be the case as we eventually find out that immunologist Isabelle has a few tricks up her sleeve and the right connections to attempt a possible human miracle. Delpy sprinkles a few clues that this story takes place in the near-future as everyday high-tech items are far more sophisticated. But like her character, Delpy is brave enough to allow the science to take a back seat while emotions come first.