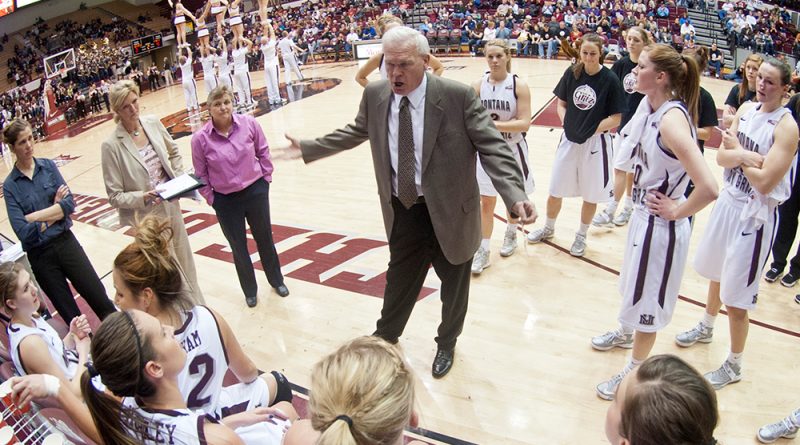 The House That Rob Built, released this month at the Big Sky Documentary Film Festival, pays loving tribute to retired University of Montana women’s basketball coach Robin Selvig. Fans of women’s basketball – and the university’s Lady Griz in particular – no doubt will enjoy the plunge into history. But other viewers might find that the accomplishments of Selvig and the women he coached bounce by too fast to absorb the emotional impact.

Directors Jonathan Cipiti and Megan Harrington, a University of Montana alum and former Lady Griz player, previously teamed up on Pray: The Story of Patrick Peyton and The Dating Project. Here, they plunge viewers into the fervor around basketball in this rural community, where one former player talks about driving to North Dakota to visit Walmart or a movie. A basketball hoop proves a popular way to spend the time, although until Title IX’s passing in 1972, girls weren’t able to play on an organized team.

The University of Montana in Missoula first recruited Selvig, a native of tiny Outlook, Montana, as a player. He recalls how future Hall of Fame coach Jud Heathcote, who later coached future Hall of Famer Earvin “Magic” Johnson in college, once yelled at him that he played “like a girl.”

An amused Selvig says later that he didn’t realize at the time that was “a really good compliment.”

After graduation, Selvig joined the university staff as coach of the girls’ basketball team in 1978. He wound up staying in the job until 2016, racking up 865 wins and 24 regular-season conference championships. His skill and finesse at drawing out his players’ strengths contributed to building the Lady Griz into a powerhouse whose games draw thousands of spectators.

He didn’t sugarcoat his advice, either, treating the female athletes like any other athletes, which the players appreciated. “It elevates you,” one says.

However, unlike other sports documentaries such as The Last Dance, which tracks Michael Jordan’s final season with the Chicago Bulls, The House That Rob Built doesn’t build much dramatic tension over its 59-minute running time. It divides its focus among Selvig and several players, gliding over statistics of their success alongside newspaper headlines and archival footage. The camaraderie that Selvig and the players feel is genuine, but there are so many affectionate recollections that viewers outside this arena may have trouble connecting with any one speaker.

That said, The House That Rob Built does have bright moments, such as when Malia Kipp, a Native American from the Blackfeet Indian Reservation in Browning, Montana, recounts how basketball landed her a full scholarship to the Division I university. “Quitting was not an option,” she says. “I had too many youngsters I had to motivate.”

And she did, including other Native American women who followed her onto the court. “Something happens in your mind when you see someone else do it,” one says. Indeed.