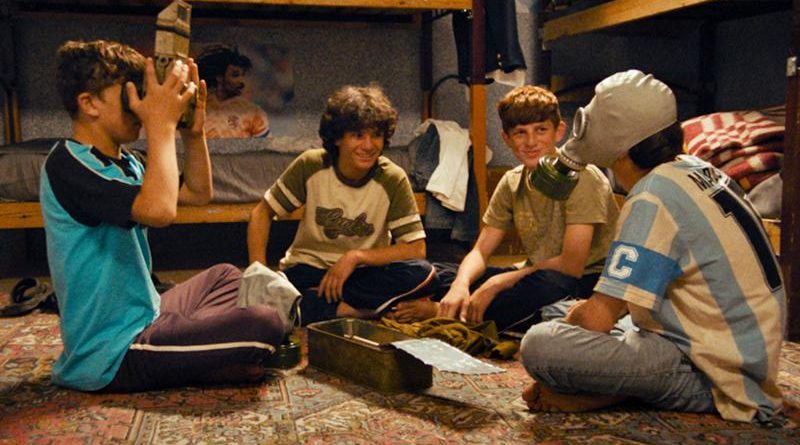 A most compelling second feature from Afghan writer/director Shahrbanoo Sadat, The Orphanage had its first screening at Cannes Film Festival in 2019. It is the second installment in a planned cinema pentalogy that is based on the unpublished diaries of Iranian actor/writer Anwar Hashimi, who also plays a supporting character in The Orphanage. The film’s prequel, Wolf and Sheep, was also scripted by Sadat and Hashimi, and directed by Sadat. It was released in 2016 to wide critical acclaim.

Set in Afghanistan in 1989, The Orphanage centers on a thoroughly engaging Kabul street boy, a teenager named Qodrat (Qodratollah Qadiri), who’s on his own, in survival mode, eking out a living by selling trinkets and committing petty crimes. His form of relief — and it’s his passion — is going to the movies, particularly Bollywood flicks. His life changes dramatically when he’s picked up for scalping cinema tickets and is sent to a Soviet-run juvenile detention center — known as the orphanage — where he’s housed, fed and given a primary education. He and four other new boys bond like family, sharing aspirations and sticking up for each other against the bullies/ They fall into the routine of what is actually a better and safer life for them under the guidance of a wise and sympathetic headmaster (played by Anwar Hashimi, the author of the diaries upon which the films are based). The film depicts daily life in the orphanage in verite style, but it alsp delves into Qodrat’s inner life through intriguing dreamlike sequences in Bollywood style. Then, when the Soviets withdraw from Afghanistan, the Mujahideen moves in and quickly dictates and imposes a new order that turns the peaceful life at the orphanage into heartbreaking turmoil. Continue reading on CINEMA CITIZEN.