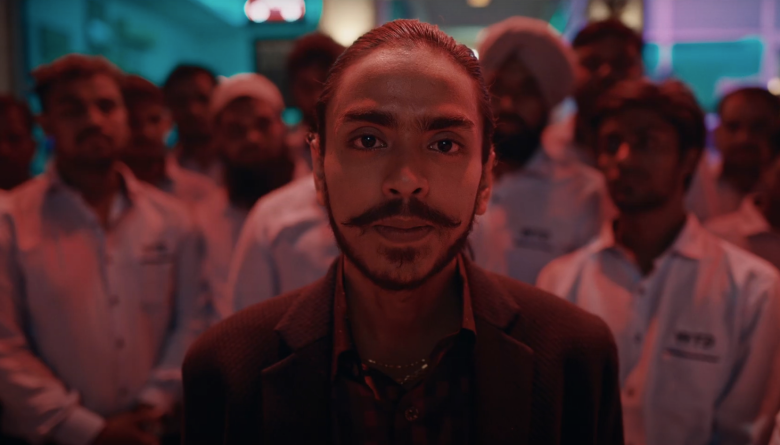 “The Indian entrepreneur has to be straight and crooked, mocking and believing, sly and sincere – all at the same time,” says Balram Halwai (Adarsh Gourv) as an introduction to India’s immobile, insidiously complex caste system.

But he has no money to complete his education, and his impoverished, ancestral village is ruled by a ruthless landlord and his sons. When Balram first sees the youngest son Ashok (Rajkummer Rao), who has just returned from America, he’s determined that this young man will be his new ‘master.’

Intelligent and observant, Balram learns there’s great opportunity as a driver for wealthy families and Ashok, who is married to Pinky (Priyanka Chopra Jonas), an outspoken American, needs a chauffeur.

When Ashok and Pinky do business in New Dehli, Balram’s behind the wheel. While they’re ensconced in an opulent Sheraton Hotel suite, Balram’s housed in a squalid hovel in the parking garage.

Then, one booze-filled night, Pinky insists on driving and a tragic accident occurs. Compliant Balram is not only blamed but also forced to sign a false confession.

Alluding to Slumdog Millionaire, he adds: “Don’t think there’s a million-rupee game show you can win to get out of it.”

“America is so yesterday. India is so tomorrow,” he asserts. “The future of the world lies with the yellow man and the brown man.”

On the Granger Gauge of 1 to 10, The White Tiger is a scathing 7, a cynical crime saga.