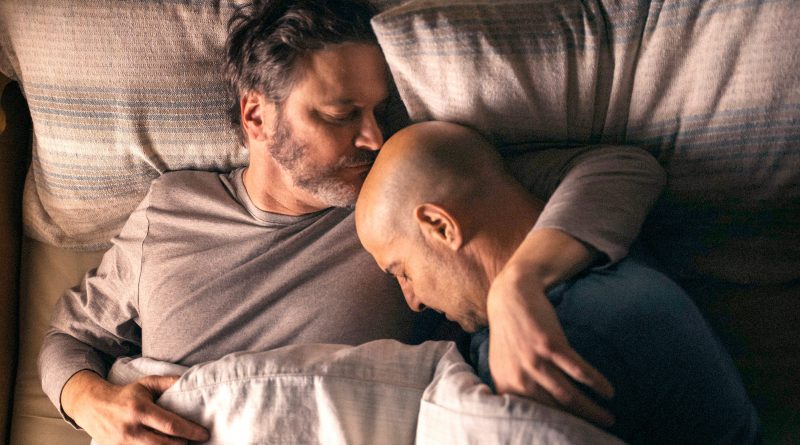 “You’re not supposed to mourn someone while they’re still alive,” says Tusker (Stanley Tucci) in Supernova, a quietly powerful movie in which he and his longtime partner, Sam (Colin Firth), are doing just that.

Tusker is suffering from early onset dementia and, despite Sam’s outward denial and reassurances, they both know that he doesn’t have long to remain himself. He’s determined to live life his way – while he still can – and to plan ahead to make sure Sam will accept the inevitable future and return to his career as a concert pianist.

“I’m becoming a passenger,” explains Tusker. “And I’m not a passenger.” But he literally is.

The couple take what is likely to be their final road trip together, heading to England’s Lake District in their camper. Along the way, they stop to spend a few days at Sam’s childhood home, where his sister lives with her family. When she tells Tusker she will miss the house she’s finally selling, he says, “Being sad that something is gone just means it was great while it was there.” In the context of his own condition, this is gut-wrenching.

Tusker has arranged a surprise party to celebrate Sam’s birthday, but, to him, it’s also a goodbye party. He knows it may be the last time he’s able to even recognize his loved ones. In one of the film’s most heartbreaking scenes, Tusker – an acclaimed writer – stands up to give a speech he’s prepared and finds he can’t read the words on the paper. Sam gracefully takes over, and hearing his beloved partner’s words come out of his own mouth is sobering and devasting.

Writer/director Harry Macqueen has created an intimate, deeply moving film that’s elevated by the mastery of Tucci and Firth. In real life, the actors have been friends for more than 20 years and that history adds such a naturalness to Tusker and Sam’s relationship. They bicker, they look adoringly at each other, they send each other messages without saying a word.

There’s a tenderness to their love that is so rare in movies – especially between two men – and it is a joy to watch. In fact, the world would probably be a better place if more moviemakers featured male characters with this depth of emotional intelligence.