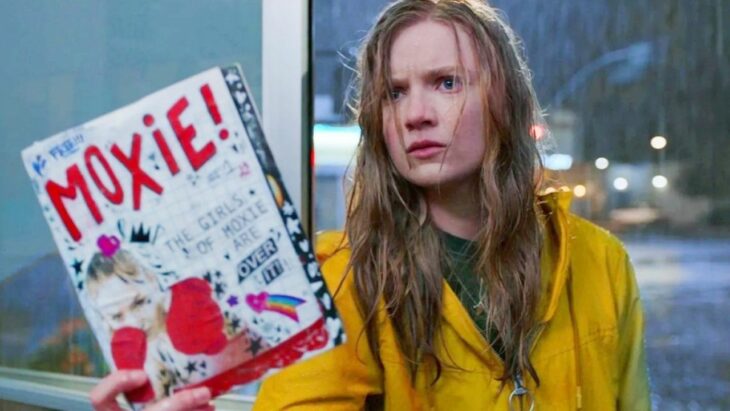 Amy Poehler’s very refreshing coming of age dramedy in which a diverse group teen girls bond, form a secret and subversive club to support each other in fighting back against male bullies — two totally objectionable but very popular football players, in particular  — in their school and challenge the policies of the over zealous female principal who turns a blind eye to the pervasive problem.

Clever Poehler, directing her second feature and also starring in it, keeps her signature style characteristically light and breezy, thus adding zest to some of scripters Tamara Chestna and Dylan Meyers’ scenario’s more predictable plot points and sparking some extra surprise value. And, although the film seems designed to include all the elements required to give it a ‘pc’ label, the fine production work and admirable ensemble blow away any dust that might be obscuring the real and pressing issues and lessons that arise in the film. As positive role models, the young women in the film need to and do develop the self confidence to speak up, learn how to overcome social and cultural differences — some petty and others of a more serious nature — in order to band together, and the enormous value of true friendship and sisterhood.

Moxie‘s very capable ensemble of young actresses — Hadley Robinson, Lauren Tsai, Alycia Pascual-Pena, Sabrina Haskett and others — do a great job of making each of their characters specific, believable and appealing, although some of the girls’ characters seem to have been written and cast, as previously mentioned, to ‘represent’ intersectionality and a politically correct and inclusively diverse group of non-conformists.

Through all of its teenage angst and drama, the film is relentlessly upbeat and (not spoiling anything, really) it has a full-on happy ending. Moxie is a feel good movie that delivers a much needed shot of positivity, one that we can welcome along with our Modernas, Pfizers and Johnson & Johnsons.