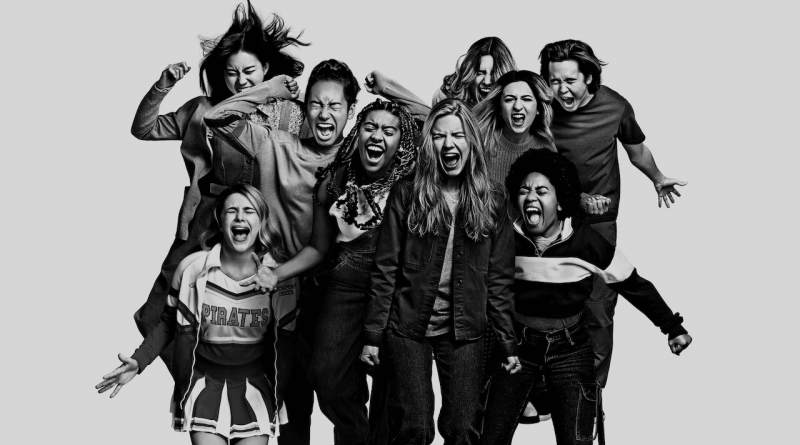 Amy Poehler is a comic genius so her move behind the camera is something to celebrate. But her second feature, Moxie, based on Jennifer Mathieu’s YA novel with a well-meaning but scattershot script from Tamara Chestna and Dylan Meyer, is likable but inconsequential, reducing #metoo and youthful activism to sitcom formula.

Poehler plays a single mom and former riot grrl who raised her daughter Vivian (Hadley Robinson) on the music of feminist punk rockers Bikini Kill. But mom’s edges have since softened. Similarly, Vivian and her BFF Claudia (Lauren Tsai) aim to get through their junior year at Rockport High School by keeping their heads down and avoiding conflict with the generic cliques of mean girls, sexist, dumb jocks and clueless teachers.

Vivian’s complacency is upended by a new student, the outspoken Lucy (Alycia Pascual-Pena) who boldly challenges the white male literary canon in English class and gets punished with inclusion on a list that ranks girls’ looks and bodies. This inspires Vivian to dig out her mother’s old feminist and punk paraphernalia which has been conveniently stored in a readily available suitcase. In record time, Vivian is sporting a leather jacket complete with a Patti Smith button and producing a topple-the-patriarchy ‘zine called Moxie. The title spoofs a favorite word of the school’s insufferable, ineffectual principal. Marcia Gay Harden does her best in this thankless role that turns the principal into a cartoon villain as she’s complicit in the blatant sexual harassment at her school.

There’s a great empowerment message here but Moxie delivers it in a package that’s all over the place, recycling themes and storylines prominent in recent films such as Booksmart, The Prom and How to Build a Girl. It’s entertaining and certainly watchable but it seems diluted for mass consumption. The target audience of teenagers who, after all, are some of our most proactive and resourceful citizens, are likely well past its bland portrait of awakened anger and direct action.