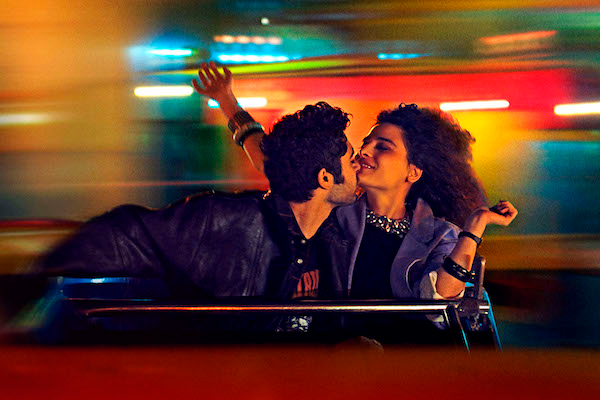 Working across cinema, art and publishing, the filmmaking collaborations of Beirut-born Joana Hadjithomas and Khalil Joreige stem back to their 1999 feature Around the Pink House (Al Bayt al Zaher), their 2016 documentary ISMYRNA now followed by the feature Memory Box, playing in competition at the 2021 Berlinale. Across their lengthy career, they have worked with actors of the calibre of Catherine Deneuve, had their films play at festivals including Cannes and Locarno, and their artwork is held in eye-wateringly impressive collections, from the Centre Georges Pompidou in Paris to the British Museum and the V&A Museum in London, and New York’s Solomon R Guggenheim collection.

With such a hefty CV behind them, it is no wonder the pair have established a reputation as two key figures at the cutting edge of the Lebanese film and arts sectors, and with Memory Box they are clearly at the top of their game. Just as their own extensive collaborations form an archive in and of themselves, the memory box of their latest film’s title is no metaphor: it is a literal box within which are contained archival materials (photographs, journals, recordings) that a woman called Maia (Rim Turki) is sent on Christmas Eve in her new home and her new life in Montreal after having moved from Lebanon.

Having left the box with her best friend, Maia is deeply resistant to revisit its contents and their associated memories of growing up in 1980s Beirut, but her daughter Alex (Paloma Vauthier) is fascinated and – during a snowstorm – covertly begins to investigate its contents despite Maia’s unambiguous protestations that reveal her mother’s life as a teenager growing up in Beirut during one of the most brutal civil conflicts of the mid-late 20th century.

The function of the archive here is more than a canny narrative device and brings with it a profound autobiographical aspect as they have sought through much of their previous work to tease out the relationship between memory and their own experience of war trauma. The very content of Maia’s memory box was inspired by Hadjithomas’s own mementos of the period – audio tapes, photographs and notebooks – which she sent to a close friend who moved to Paris, the two remaining in contact as pen friends through their teens (a number of the notebooks in the film are actually Hadjithomas’s own). The notebooks, tapes and photos are a wormhole, allowing Alex – and us an insight into the lived experience of a teenage girl living through one of the brutal civil conflicts of the mid-late 20th century.

Using these materials to build the character of Maia and her journey, the film is as much about Alex coming to grips with what her mother went through, and all the events that led the family to Montreal in the first place. But the memory box provides more than source material for flashbacks – there is really exciting creative work here, as the notebooks and photos come alive not through re-enactment alone, but what might best be conceived as a kind of animated materiality, for wany of a better descriptions.

Part journal, part flip book, part emotional soundtrack, through the memory box Alex moves chronologically through the material covertly, uncovering in her investigations the horrors that her mother lived through, and the dreadful fates of many who feature in the books. At the heart of the film, then, lies a crucial act of cross-generational witnessing of both a personal and national trauma hidden just out of view, just outside of Alex’s ability to comprehend previously.

Listening to her mother’s voice on old audio cassettes speaking over her favourite songs at the time as a teenager – Killing Joke’s Love Like Blood through title alone having particular poignancy here – Memory Box brings buried memories back to life in its tale of New Wave teen dreams (and nightmares) in wartime Beirut in a fresh, poignant and deeply personal way.