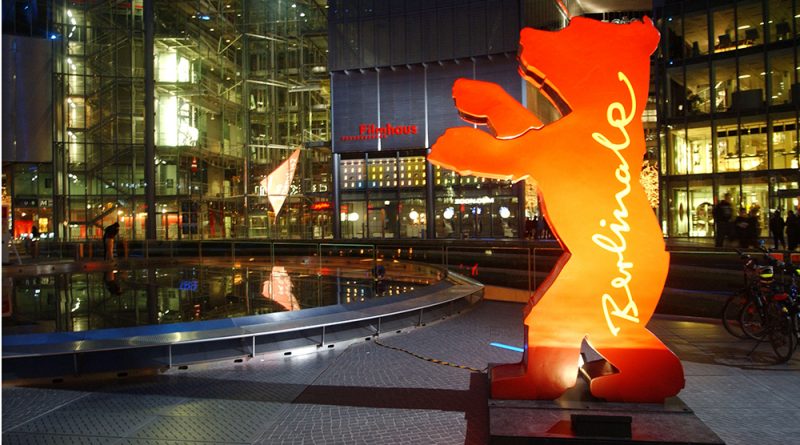 As the film industry shifts only slightly less shell-shocked into its second year of having to adapt to a new world shaped by the COVID-19 pandemic and all the cultural, social and economic changes that accompany it, the 71st Berlinale – one of the earlier annual jewels in the global festival circuit crown – has unveiled an impressive list of films that will feature in this year’s two-part program of events. While early March focuses primarily on its industry platforms (including the World Cinema Fund, the Berlinale Co-Production Market, the European Film Market and Berlinale Talents), mid-June hopes to see a return to a more public-focused festival, dependent of course on a lifting of current coronavirus restrictions.

Following demands in recent years for film festival culture to frankly lift its game when it comes to raising the visibility of women filmmakers in particular, the 2021 Berlinale will showcase both highly anticipated women-directed films and lesser-known curios alongside a number of male-directed films centering on women in front of the camera.

The high-profile Berlinale Special program features some of the festival’s biggest names and drawcards, a thrilling array of films including movies from 3 first-time filmmakers. Jodie Foster stars in Kevin Macdonald’s The Mauritanian, while Azazel Jacob’s similarly hyped French Exit is a twisted comedy starring Michelle Pfeiffer as a New York heiress who relocates to Paris when her financial resources dwindle. The world premiere of Dan Lindsay and T.J. Martin’s documentary Tina includes big-name interview subjects including Oprah Winfrey, Angela Bassett and of course Tina Turner herself, the latter of whom is the film’s eponymous subject. Women-directed features are not lacking in the Berlinale Special program, either, with highlights including world premieres of Lina Roessler’s Best Sellers with Michael Caine and Aubrey Plaza, as well as Natalie Morales’s Language Lessons starring herself and Mark Duplass.

It is, however, films in the much-heralded Competition program that is arguably the source for even more excitement, in line as they are for the prestigious Golden and Silver Bear awards. Reflecting the scaled-back nature of the March version of this year’s festival, there will be no jury president this year and the jury consists of the directors of the winners of the last six Golden Bears; Mohammad Rasulof, Nadav Lapid, Adina Pintilie, Ildikó Enyedi, Gianfranco Rosi and Jasmila Žbanić.

Including 15 films from 16 countries – two of which are from first time feature filmmakers – while renowned male directors such as Hong Sangsoo, Radu Jude, Alonso Ruizpalacios, and the feature directorial debut of actor Daniel Brühl (known to audiences most recently for his starring role in the Netflix series The Alienist), it is surely Céline Sciamma’s Petite Maman (the follow up to her electrifying, internationally acclaimed Portrait of a Lady on Fire) that remains one of the most highly-anticipated films of the entire festival. Other world premieres of woman-directed or co-directed films in competition include Maria Speth’s Mr Bachmann and His Class; Joana Hadjithomas and Khalil Joreige’s Memory Box; Behtash Sanaeeha and Maryam Moghaddam’s Ballad of a White Cow; and Maria Schrader’s I’m Your Man, starring Toni Erdmann’s Sandra Hüller and English actor Dan Stevens.

Consciously framed as a flip side to the Competition program, Encounters seeks to raise the profile of more independent, emerging voices (seven of the 12 films are first time feature debuts) in both documentary and feature filmmaking, again with the Berlinale’s signature international scope. Most intriguing of the women-directed films in this category is the world premiere of Dasha Nekrasova’s feature debut The Scary of Sixty-First, which turns to the death of Jeffrey Epstein as its primary source of inspiration. Directing, co-writing, and starring in the film, Nekrasova’s thriller is sure to be a fascinating watch, the brainchild of a fascinating actor-turned-filmmaker who gained international fame as the co-host of the Red Scare podcast which brings a much-valued strong women’s voice to the so-called “dirtbag left”. Alongside Nekrasova’s film, other women-directed world premieres include Alice Diop’s We; Samaher Alqadi’s As I Want and Jacqueling Lentzou’s Moon, 66 Questions.

Just as Encounters seeks to discover new talent, Panorama remains the festival category to boast taking the biggest risks with its overt and undisguised celebration of politically provocative cinema, encompassing established and emerging filmmakers from all around the world, working in both fictional and non-fictional formats. Panorama head Michael Stütz has emphasized “the cinematic gazes of strong female directors, critical new cinema from the Middle East, as well as Indigenous and queer narratives” in this year’s programming. Women-directed highlights in this program include Welsh filmmaker Prano Bailey-Bond’s electrifying horror film Censor on the back of its recent debut at Sundance, which is joined by the world premiere of Henrika Kull’s Bliss, Milica Tomović’s Celts, Ayten Amin’s Souad, and Anne Zohra Berrached’s Copilot. Woman-directed documentary premieres in Panorama include Eliane Raheb’s Miguel’s War about a gay man who returns to his homeland of Lebanon almost 40 years after leaving it; Monika Treut’s documentary Genderation (a follow up to her Genernauts) that revisits the history of transgender activism; and Yujiro Harumoto’s A Balance, a close, personal examination of student-teacher affairs in Japan.

Focusing on a youth demographic, the Generation section also features a significant number of women directors, with 15 films in total – eight of which are world premieres. After winning the Emerging Talent Award at the Toronto International Film Festival in September last year, Tracey Deer’s Beans is an automatic highlight here, joined by world premieres including Barbara Kronenberg’s Mission Ulja Funk; Betania Cappato’s A School in Cerro Hueso; Yngvild Sve Flikke’s Ninjababy; and Kateryna Gornostai’s Stop-Zemila, as well as world premieres documentaries like Venice Atienza’s documentary Last Days at Sea, and Robin Petré’s From the Wild Sea.

Both Forum and Forum Expanded continue to extend the Berlinale’s vision in quite practical terms, curated in collaboration with Arsenal – Institute for Film and Video Art. Across the features, shorts, installations and other kinds of works included here. Most immediately attention-grabbing is the inclusion of work by Russian filmmaker Uldus Bakhtiozina, whose extraordinary eye seeks to gives an original, contemporary twist on regional folklore in her feature, Tzarevna Scaling. This year’s other women-directed attractions include the world premieres of Susana Nobre’s Jack’s Ride; Shengze Zhu’s A River Runs, Turns, Erases, Replaces; Sabrina Zhao’s The God Woman of Sichuan; Rhayne Vermette’s Ste. Anne; Ayreen Anastas and Rene Gabri’s Black Bach; Kerstin Schroedinger’s Songs of the Shirt; Angelika Levi’s Ahorita Frames; Grace Ndiritu’s Black Beauty: For a Shamanic Cinema; and Thirza Cuthand’s Medicine and Magic.

The Perspektive Deutches Kino selection explores the very concept of what it means to be a “German film”, expanding its view well beyond the nation’s borders to answer the question through the work of a diverse range of filmmakers whose work is making their world premieres, including women-directed films such as Yana Ugrekhelidze’s Instructions for Survival and Mia Maariel Meyer’s The Seed. Similarly, the festival’s short films program – under the guidance of section head Anna Henckel-Donnersmarck – likewise seeks to present films that show the world in a range of ways. “Art, and film in particular, allows us to see the world through different eyes”, she says. “It helps us to experience reality through someone else’s perception, to rethink it and to find our place within it.” This is largely the philosophy that appears to have dominated the selection of the 20 films selected for this programme, including world premieres of Conrad Veit and Charlotte Maria Kätzl’s Blastogenese X; Ana Elena Tejera’s A Love Song in Spanish; Émilie Vandenameele’s Young Hearts; Livia Huang’s More Happiness; and Olga Lucovnicova’s My Uncle Tudor. These feature alongside a number of women-directed or co-directed international premieres such as Bárbara Wagner and Benjamin de Burca’s One Hundred Steps; Güzin Kar’s Your Street; Miranda Pennell’s Strange Object; and Meltse Van Coillie’s Zonder Meer.

While the films profiled here will run in the industry component of the 71st Berlinale which runs from the 1st to the 5th of March, we can only hold our breath to see what will make the cut – and whether the festival’s commitment to the work of women filmmakers – will continue, should the circumstances surrounding the current pandemic allow the more public-facing festival currently scheduled to run from 9th to the 20th of June. Like most things in a world dominated by the cruel ebbs and flows of the coronavirus, for now we can only wait, see, and hope.