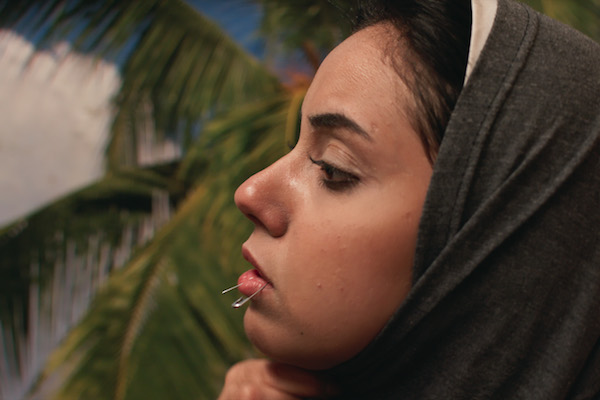 In Souad, Egyptian filmmaker Ayten Amin presents an absorbing portrait of her 19-year-old title protagonist, a young woman negotiating her cultural traditions, family responsibilities and her own sense of self as a young woman in a social sphere heavily dominated by social media and pressures on appearances. Juggling these different versions of herself, Souad struggles to know who she really is at a time of vital transition in her life as she moves into adulthood.

As the pressure cooker of her identity builds, Souad makes a shocking decision that impacts everyone in her life, both those she knew in the real world, and those who knew her largely through her heavily mediated online persona. Those around her – particularly her younger sister – are determined to follow the trail to answer the question Souad never could: who is this young woman, and what led her to make the choice she did?

With a kind and emotionally intelligent directorial vision, Amin’s film is marked by a profound lack of judgement not just regarding Souad herself, but those that exist in her multiple social circles, many of which have never intersected. The film captures the dizzying glee of being young and hanging out with your friends, of having boy trouble (be it a largely online paramour or an excessively traditional father), and the often complex interpersonal relationships between sisters.

The performativity of both her religious devotion and of being a good student hovers around Souad constantly, and Amin indicates subtly the enormous emotional labor required for the young woman to keep all of these balls moving in the air. And time and time again, Souad comes back to selfies; far from vain, she is obsessed with the image of herself that she presents to the world, one which demands different versions of the young woman be presented to different people for different reasons.

As Souad moves beyond its central character to look at how her challenges impacted those around her, Amin’s portrait turns into something more like a map that reveals the differing emotional and social landscapes the young woman had to negotiate in order to keep the myth of who she was alive for all the different kinds of people around her, all with different expectations. Souad is a sincere film with great respect not only for its central character, but for those who moved within her orbit as they too struggle to get a clear picture of who this young woman really was.