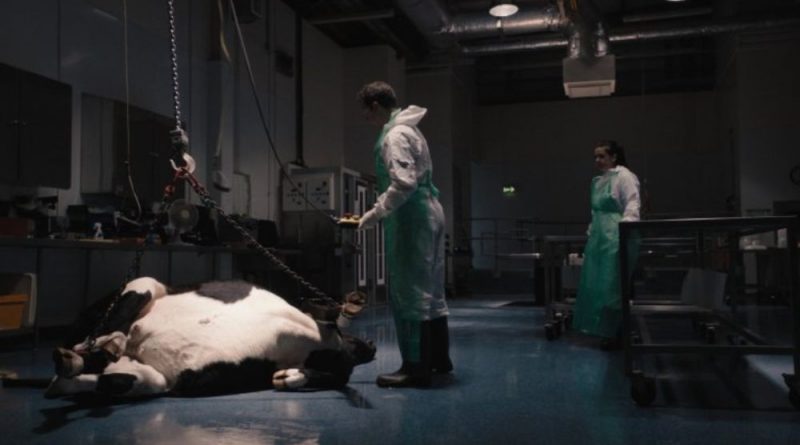 If you had trouble watching Carey Mulligan in Promising Young Woman turning the tables on men who prey on inebriated women in bars as she sets a trap by acting drunk in clubs in you should be forewarned that the eerie, unnerving thriller Rose Plays Julie takes such matters more than a few steps farther. Let’s just say the spirit of the cult ‘80s vengeance drama Ms. 45 is alive and kicking years later.

The avenger here is Rose (Ann Skelly), an attractive 20-something veterinary student in Dublin who learns she was adopted and is bent on meeting her birth mother. At the start of the film, she has already discovered her mother’s identity. It turns out she is Ellen Wise (Orla Brady), a popular TV actress working in London who Rose has been stalking on-line. Turns out, Ellen’s stately mansion is up for sale and Rose rather brazenly poses as a buyer. When confronts Ellen and reveals who she is, the moment is deeply traumatic for the actress considering the violent circumstances that led to her existence, who now has her own family and a thriving career.

Ellen manages to tell her the name of her father, who turns out to be a famous archeologist, Peter Doyle (Aidan Gillen). As the title suggests, Rose puts her flowing locks under a pixie-cut wig and goes to a book signing his book signing while introducing herself as Julie. She claims she is an stage actress who is preparing for a role as an archeologist and asks if he would let her work with him. He does so gladly. Who is he to turn down a comely lass?

Here is where writer-directors Christine Molloy and Joe Lawlor get sneaky, including a tense, foreboding soundtrack to heighten the suspense. In addition, we get to see that Rose is clearly the child of her two parents as she acts the role of an inquisitive performer while digging up details of her own past. Adding to the unease of watching this all unfurl is that fact that Rose is learning how to successfully euthanize animals big and small at school. You can see where this might be going. There are two scenes, one when Julie is alone with Peter at his home and a chilling encounter near the film’s conclusion that will keep you on the edge of your seat. This rare #MeToo situation shared by mother and child, is horrific but satisfying in its catharsis.