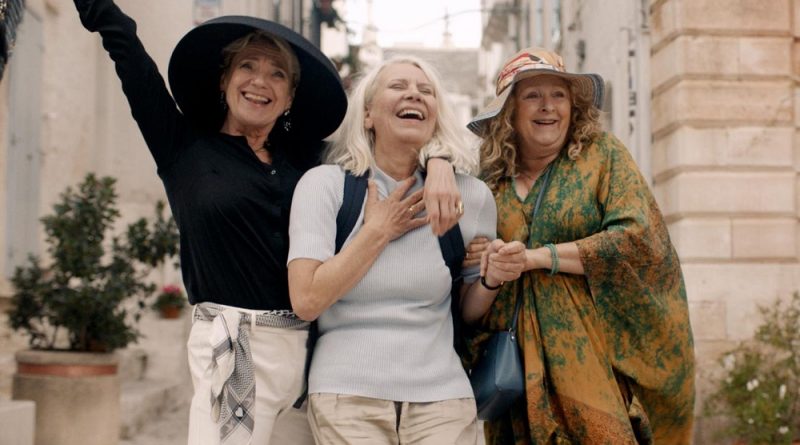 If we weren’t grounded at home because of a pandemic and if we hadn’t all become smitten with Stanley Tucci during our weekly trips to Italy with him, I might have just written off Food Club. But we are and we have, and you could do worse than spend an hour and a half with these middle-aged Danish gal pals as they drown their sorrows at a cooking retreat in Puglia.

It’s Christmas and something is rotten in the state of Denmark as Marie (Kirsten Oleson) and her husband of 44 years, Henrik (Peter Hesse Overgaard), are gifted the cooking retreat by their kids. That surprise is topped by Henrik’s own surprise that he’s having an affair and won’t be going.

Devastated, Marie ends up taking her old friends, Vanja (Kirsten Lehfeldt) and Berling (Stina Ekblad), instead. She hasn’t been very involved in their lives for years, and they each have their own troubles. Vanja is still pining for her late husband after almost a decade and Berling is in denial about her age and the fact that she’s a grandmother.

Food Club remains true to the genre, offering up the usual elements: there’s a new love interest for one of the women; an argument between the friends during which they say mean things to each other but, ultimately, end up closer than ever; a handsome, young Italian cooking instructor; sex toys and pot smoking to show these are not your grandma’s seniors.

Because the movie is Danish, not American, it does make it a little more interesting. There’s something reassuring about seeing that we all have the same feelings, concerns and desires, wherever we live. Aging – and the fight against it – is universal.

It’s hard to criticize a story that celebrates friendship when we’re all locked down and craving connection. And, of course, there’s Italy. The scenery and the food are pure escapism at a time when we can’t travel, and that’s worth a lot. If only Stanley Tucci had shown up.