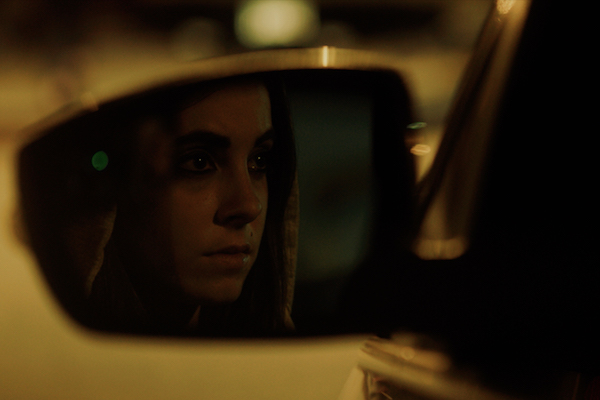 Revenge and gender politics have long sat in close proximity, from the Book of Judges to Boudica. Genre films have been an immensely rich – if not somewhat controversial – space for this tension to be teased out, perhaps nowhere more immediately visible than in the notorious rape-revenge category. While far too often reductively (and incorrectly) seen as a sub-genre of horror, the rape-revenge trope permeates the western, for example, and can be found in genres as unexpected as musicals, science fiction, and even comedies.

But there are other kinds of revenge tales, too. I Am Lisa – directed by Patrick Rea and written by Eric Winkler available on SVOD from 16 March – incorporates the traditional werewolf film with the story of a young woman who uses the newfound skills garnered through a recent lycanthropic transformation to get back at those who bullied, abused and left her for dead in the woods where she was easy prey for the night-stalking beast who converted her.

In a strong turn by Kristen Vaganos as the title character, although we are very much in horror territory in I Am Lisa, there are echoes of the western here too as the eponymous bookshop owner is tormented by the daughter of the local sheriff and her friends, their harassment escalating until Lisa unwisely goes to the police for help. Realising the sheriff not just will excuse her daughter’s behaviour but actively encourages it, Lisa is beaten and tortured until she is taken out into the woods and – as a final insult – sexually assaulted by the one male police officer underling.

As Lisa, Vaganos grants a depth to a character that could easily play out with a color-by-numbers predictability, but there is such great passion and desperation to her performance that it cannot help but lure us in. We cheer for her despite the ethical quagmire she now finds herself in that the few in her support network warn her of. Interestingly, while male sexual violence against women does factor into the many atrocities Lisa seeks revenge for, unlike the conventional rape-revenge film this is not her central focus, and nor is that focus easily reduced to boys vs. girls. In fact, Lisa is up against what is explicitly coded in the small town where the film is set as a matriarchy, the film far more concerned with imbalances of power to do with the law and corruption than it is dividing those imbalances down easily gendered lines.

I Am Lisa is a fun, retro-vibing revenge-horror hybrid, the werewolf elements sitting in nice harmony with the more orthodox revenge elements. And yet what on the surface is a solid, low-budget popcorn movie does raise curious questions about the assumptions we make about gender and power in revenge films featuring women protagonists, particularly when sexual violence enters the equation. These more complex questions you can take or leave, but regardless, what is left is still a satisfying tale of full moons and getting even.