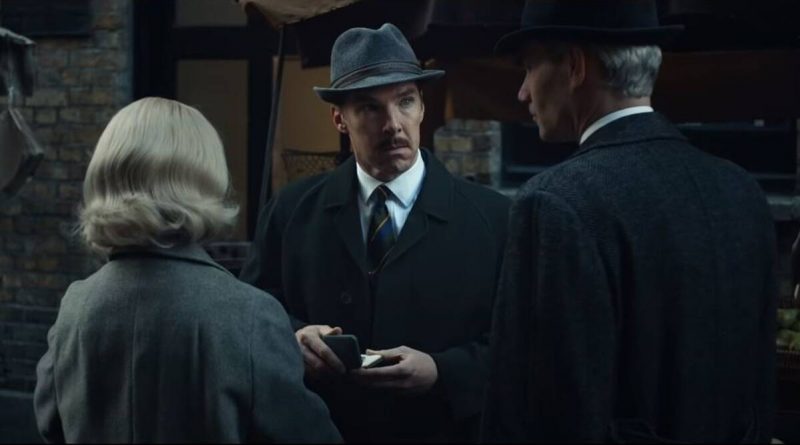 Adding all the alarm necessary, the film opens with Communist Party Premier Nikita Khrushchev’s August 12, 1960 speech in which he promises “we will bury them.” Four months later the narrative intensifies further with Major Popov, caught spying for the Americans, is shot, executed before a group of Soviet businessmen. And the film has just begun with this terrifying reality as a backdrop for all that follows: the Kennedy – Khrushchev impasse, the construction of the Berlin Wall, and President Kennedy’s September 1961 speech to the United Nations in which he warned of everyone living under the nuclear sword of Damocles after the Russian bomb test in the Arctic.

Since the story of Colonel Oleg Penkovsky and British Greville Wynne is not well known, I omit the rich details that reveal a wealth of information about how and why a rather self-satisfied Wynne would agree to become the Cold War spy of the title. After all, he, his wife Helen, and their son enjoy a comfortable domestic life, Wynne a relatively successful salesman. But patriotic appeals, flattery, and ego will tempt Wynne to reconsider his involvement.

To its credit, The Courier recognizes the toll such a commitment takes on the family—wife and children—for both Russian and English agents. This aspect builds gradually but decisively toward some serious consequences. The superb performances of Benedict Cumberbatch as Wynne and Merab Ninidze as Penkovsky skillfully interpret the layers of this drama: confidence, camaraderie, and apprehension registering on their faces, often within seconds in a scene. Rachel Brosnahan as the CIA go-between and Angus Wright for MI6 add texture. Tom O’Connor’s script has finesse and force. Sean Bobbitt’s cinematography and Kevin Woodhouse’s art direction create a palpable chill for the proceedings, as does the music and sound. The Courier resonates today with its finely tuned, thrilling story, at select cinemas and on demand.