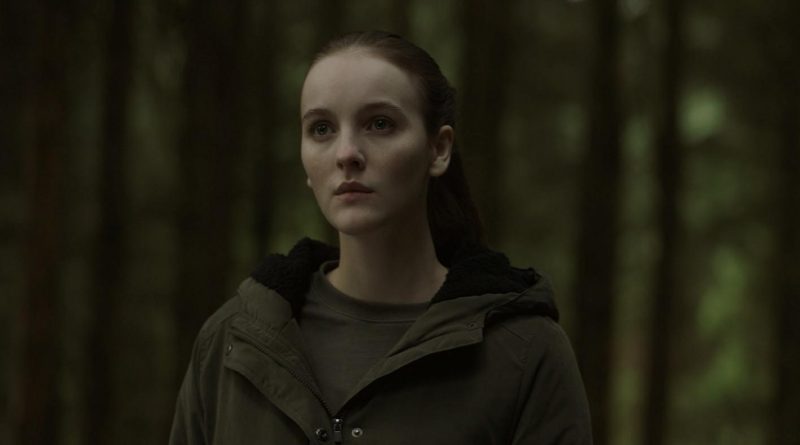 Much like the emotions of its main character, Rose, Christine Molloy and Joe Lawlor’s tense Irish drama Rose Plays Julie is a potent mix of curiosity and hope, fear and anger. Exploring both the nature of identity and the impact of adoption, the film is compelling and well-acted. Ann Skelly stars as Rose, an intense veterinary student who was raised by loving adoptive parents but wants to find out who her birth mother and father were; she needs to know where she came from and how her story started. Her search leads her to actress Ellen (Orla Brady), who is at first reluctant to engage with this living, breathing reminder of her past but eventually lets Rose in enough to tell her the devastating truth: Rose (who was named Julie at birth) is the result of rape.

Furious at the man who traumatized Ellen — and whose actions ruined Rose’s idealized imaginings of her own origins — Rose seeks him out but doesn’t tell him who she is. What happens after that is both shocking and painfully predictable, with events bringing Rose and Ellen together in unexpected ways. Through it all, their tentative connection gradually grows stronger, with Ellen’s maternal instincts ultimately driving her to protect and defend the daughter she’s worked so hard not to think about for so long.

Both Skelly and Brady give deep, emotional performances. Rose’s serious reserve feels like a barely maintained dam holding back all of the complex feelings that have been building ever since she found out she was adopted; a single pinprick in her shield could bring it all crashing down. And Ellen’s initial hesitation and need for self-preservation slowly give way to hope and affection in a way that feels completely authentic. Molloy and Lawlor’s spare script means their stars are responsible for conveying as much with a look as they do with their words, and they unquestionably succeed.– Betsy Bozdech

Sherin Nicole Two tracks of mental distress transport us through Christine Molloy and Joe Lawlor’s story of an adoption and what evolves in its aftermath. In Rose Plays Julie the anxiety of a daughter’s discontent and her birth mother’s minefield of memories begin to run parallel. The film-makers layer in visuals of euthanasia, excavation, dissection, and horror to amplify a suspense that otherwise might’ve been melodrama. The result is an engrossing thriller made edgier by the performances of Ann Skelly and Orla Brady. From beginning to end, we’re made to question whether these two tracks are simply a convergence of misfortune or if we’re witnessing two new Strangers on a Train? Rose Plays Julie is an effective examination of “what if” and sexual assault, one that leaves no doubt about the harm the latter causes, which is visceral and frightening and long lasting.

Loren King After this year gutting and revelatory Promising Young Woman from Emerald Fennell and Tape from Deborah Kampmeier, I didn’t think I could take another rape revenge movie no matter how original and empowering. But Rose Plays Julie, directed by Irish filmmakers Christine Molloy and Joe Lawlor, upends revenge tropes with unsettling and eerie imagery as it blends thriller, horror film and mother daughter bonding story, told via two female protagonists who flip the tables on victimhood. Read full review.

Susan Wloszczyna: If you had trouble watching Carey Mulligan in Promising Young Woman turning the tables on men who prey on inebriated women in bars as she sets a trap by acting drunk in clubs in you should be forewarned that the eerie, unnerving thriller Rose Plays Julie takes such matters more than a few steps farther. Let’s just say the spirit of the cult ‘80s vengeance drama Ms. 45 is alive and kicking years later. Read full review.

Pam Grady: Veterinary student Rose (Ann Skelly) plays a perilous game when she takes on a new persona and stalks her archaeologist bio-dad Peter (The Game of Thrones’ Aiden Gillen) in this Irish import, a tense psychological thriller. After learning from her actress birth mother (Orla Brady) the harrowing reason she was given up for adoption, Rose seeks long-delayed vengeance. Tonally unsettling and sometimes dreamlike, this edgy drama is further buoyed by powerful performances, with Gillen especially effective as a man whose bland surface bonhomie hides pure malice. Writing/directing partners Joe Lawlor and Christine Malloy employ the tools of the horror and suspense to fashion a film tailormade for our #metoo/#timesup era.

Marina Antunes: The writing and directing duo of Christine Molloy and Joe Lawlor have long been working in the world of suspenseful dramas but their latest project, Rose Plays Julie, is a masterful thriller that begins as the story of a young woman in search of her birth mother and quickly evolves into a dark and heartbreaking tale of self-discovery, revenge, and redemption. Lawlor and Molloy’s film is brilliantly brought to bear by outstanding performances from Ann Skelly, Orla Brady, and Aidan Gillen and the accompanying cinematography from Tom Comerford and haunting score from Stephen McKeon elevate the tension to 11. Stupendous.

Marilyn Ferdinand People who have been adopted often feel as though their identity is somehow incomplete until they can connect with their birth parents. Sometimes knowing about one’s birth parents can fulfill fantasies or, at least, fill in some nagging blanks that lead to more peace of mind. But what if one is the child of rape. That is the shocking fact veterinary student Rose (Ann Skelly) learns when she finally tracks down her birth mother, Ellen (Orla Brady). What happened to Ellen sets Rose on a quest to find her birth father (Aidan Gillen) and try to right his wrong. Rose Plays Julie is an atmospheric, slow, portentous movie filled with pregnant pauses and mournful music. For those who like their revenge served cold, however, this film should prove satisfying, and the performances, especially Skelly’s, are excellent.

Jennifer Merin Rose Plays Julia is a potently foreboding femme-centric psychological thriller that calls up serious issues of feminine self-identity and self-esteem, of rage and revenge. Co-written and directed by Irish filmmaker partners Christine Molloy and Joe Lawlor, the plot revolves around a remarkably curious, resourceful and courageous young woman, Rose, who was adopted when she was an infant and, though she loves and has been happily nurtured by the adoptive parents who raised her, is determined to meet her birth parents and to find out why they abandoned her. Read full review.

Nikki Baughan: The film explores similar themes to Christine Molloy and Joe Lawlor’s previous works — identity, guilt, grief and revenge — yet marks a step up in terms of narrative definition and cinematic scope. Layering its fairly straightforward story of an adopted Irish girl who tracks down her birth mother with immersive visual and aural motifs, it plays more like modern operatic tragedy than run-of-the-mill social drama. Read full review.

Leslie Combemale Rose Plays Julia is an unsettling slow burn of a film that, despite the strong script, is entirely driven by the performances. It must be watched in one sitting, so as to experience the buildup of tension that leads to an explosive ending. It gets inside the lead character’s head, without any narration or telegraphing of her state of mind. At its heart it’s a revenge movie, but it is delivered from within the framework of a confessional drama about damaged people doing what they must do to heal, and we’re compelled to watch as they find that healing, for better or worse.

Sandie Angulo Chen: Writer-directors Christine Molloy and Joe Lawlor’s dark and unsettling relationship drama explores a spectrum of powerful themes — from self-identity and nature vs. nurture to trauma and revenge. Ann Skelly (who looks like a combination of Jodie Comer and Saoirse Ronan) plays veterinary university student Rose, an adoptive daughter who tracks down her birth mother, a television actress named Ellen (Orla Brady) only to discover the disturbing secret of her parentage. Skelly skillfully conveys much with her expressive face, and at times no dialogue is necessary for audiences to understand the complexity of her emotions — particularly after Rose disguises herself to meet her biological father, a famous archaeologist (Aidan Gillen). The scenes between Rose and each of her birth parents are tense for different reasons — especially because her father has no clue the beautiful young woman at his dig is actually his daughter. Lawlor and Molloy’s storyline takes unexpected turns that will keep viewers riveted throughout the entire film.

Liz Whittemore A skin-crawling feminist thriller that is as satisfying as it is complex. The carefully curated script is a mix of a nuanced identity crisis, revenge, and trauma. The long lingering close-ups will both haunt and exhilarate the viewer. Performances will make you shudder. Rose Plays Julie is unapologetic in its darkness.

Cate Marquis The Irish film Rose Plays Julie may have a title that suggests something light-hearted but that is deceiving, as are some of the characters in this feminist-themed psychological thriller. Rose, a young veterinary student, was adopted and raised by loving parents, yet longs to meet her birth parents. Reaching out to her birth mother, she imagines a tale of two teenagers in love but unready for parenthood, but she instead uncovers a tragic truth. Instead of going down the expected path of interpersonal drama, this tense film veers into psychological thriller, and early scenes of Rose’s veterinary lab work and her affinity for horror films even give the film an unsettling horror film vibe. With fine performances by Ann Skelly, Orla Brady and Aiden Gillen, Rose Plays Julie delivers taut mystery and a woman-power reckoning.