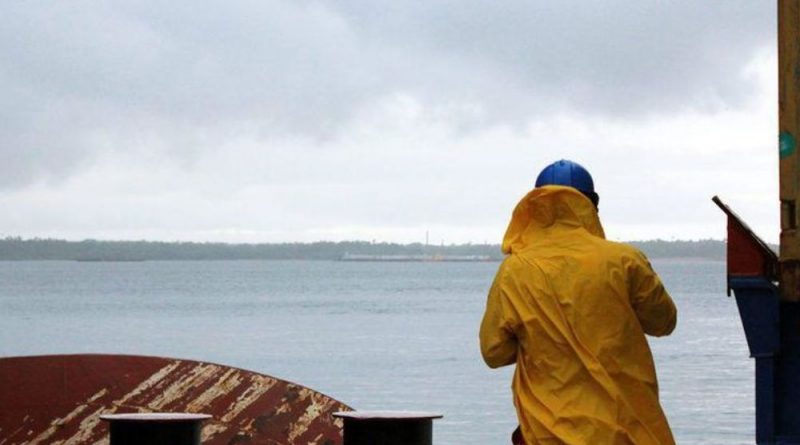 As much an anthropologist as a filmmaker, Maya Werneck Da-Rin’s The Fever, Margin, and Lands offer remarkable insights into the people sharing the border of Colombia, Peru, and Brazil. The Amazon flows through and defines the region, an area with a rich history of indigenous people now grappling with what one man describes as “North Americanization.”

In the minimally fictionalized The Fever, Da-Rin observed residents of the industrial city Manaus for six years before she and Miguel Seabra Lopes wrote the script. As a result, forty-five-year-old Justino emerges as a carefully defined Desana man caught between his love of the jungle and his alienating urban existence, twenty years as security guard at the port. Justino’s wife has died, his daughter Vanessa, with whom he lives, has received acceptance to medical school in Brasilia, his son has abandoned cultural values, and Justino develops the fever of the title.

Shot on location, the film explores mythology and shamanic worlds, all animals and beings that act intentionally considered people. Following from that, Justino’s dreams immerse him in this Desana culture, a contrast to city existence which is a jungle of its own, imprisoning Justino in compositions. The haunting sound design merges forest insects and port machines, and the actress playing Vanessa, Rosa Peixoto, created the beautiful Tukano song that plays over the end titles. Régis Myrupu, who won best actor at the Locarno Film Festival, brings a regal presence to Justino.

Between Colombia and Brazil, Leticia and Tabatinga seamlessly merge into one, with a defined border between the two cities. One taxi driver says, “Frontiers are meant to take freedom away.” It is this artificially defined separation explored in Da-Rin’s documentary Lands. The commercial and personal interconnections defy bureaucratic obstacles in this rich profile of the rhythms of diverse people and commerce via boats, taxis, motorbikes, and on foot.

Margin puts viewers on a commercial boat for two days and three nights as it travels three hundred miles from Santa Rosa, on the Brazil/Colombia border, to Iquitos, Peru. Archival footage provides a contrast to contemporary encounters, all revealing the trade in food, animals, and crops by the two hundred fifty passengers with the communities along the Amazon River. In all instances, Da-Rin’s photography captures the ephemeral beauty of the area.

In Tukano, Portuguese and Spanish with English subtitles, The Fever, Margin, and Lands are offered at KimStim.com.