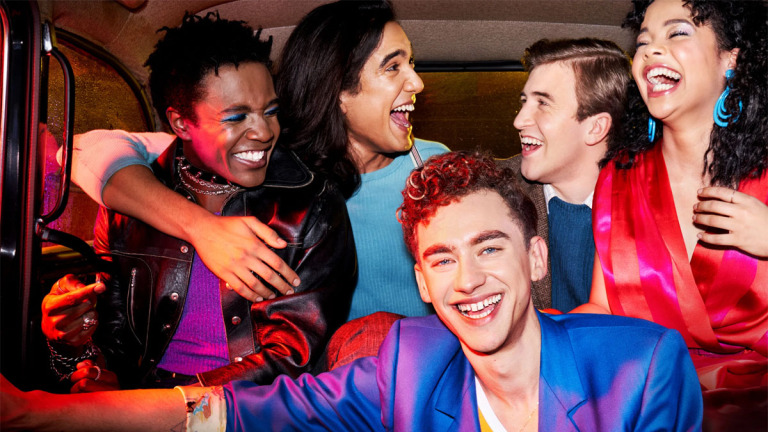 Russell T. Davies recreated a time — the Eighties — and a place — London — for the poignant and marvelous series It’s a Sin. That title emphasizes the status of homosexuality in that time. The decade started with delight and ended in grievous sadness due to AIDS.

Davies picked five young people to focus on, flat mates in a place they called the Pink Palace. The quintet comprised a gay United Nations of white and black and brown men with one amazing sisterwoman. Jill, a singer, pairs with Richie, in from the Isle of Wight. Another works in retail and another as a waiter. Though far from rich, they are delighted by all London offers.

Then falls the shadow of Acquired Immunodeficiency Syndrome. Each member of the gang responds distinctly. Not surprisingly, some die, and with each loss, It’s a Sinhurts.

The supporting cast includes the magnificent Stephen Fry as a man who claims not to be homosexual while picking up lads, Keeley Hawes as Ritchie’s denying mum, and Neil Patrick Harris.

It’s a Sin extends Davies’ reputation from his work on Dr. Who and Queer as Folk. Peter Hoar directed the five-part series with compassion and pain, eliciting the same from audiences who were there or for whom the time is history. But, as Ritchie proclaims, what was a sin was also, for a time, great fun, something his mother would never understand.