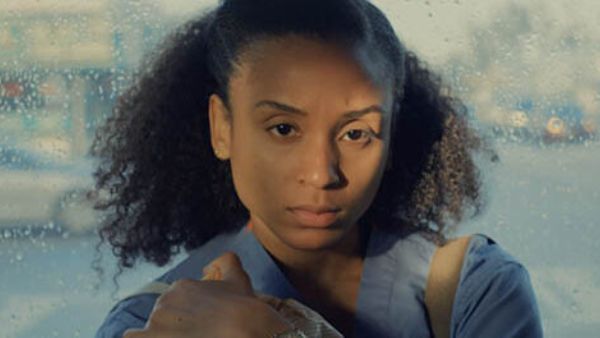 The dramatic feature Ludi, which premiered at SXSW Online 2021, immerses viewers in one day in the life of a weary immigrant working for her slice of the American dream. But like its exhausted protagonist, the narrative ultimately runs out of steam.

The film has a promising start as Ludi (Shein Mompremier of TV’s Black Lightning) gets ready for work as a nurse at an assisted living facility. Renting a room in the “Little Haiti” section of Miami, she catches up on news from Haiti thanks to messages in Creole on cassettes that her cousin sends in the mail. Ludi often sends money back home, but she tends to shield how much she can truly help her family. Even though they’re thousands of miles apart, she’s the type of person who hates to say no.

Tiny aggressions chip away at Ludi’s gentle demeanor, starting with her pushy landlady, Blanca (Madelin Marchant). The local bus driver, a Haitian man named Julien (Plus Pierre of TV’s Ballers), chastises Ludi on her commute for being “too free” in America, saying she needs a man and babies instead of work. A coworker sings the same refrain, praying aloud that Ludi will stop chasing money and look for a husband, a plea that Ludi amusingly cuts short.

Ludi’s workplace prohibits her from taking outside nursing jobs, but when Blanca offers her $500 for an after-hours caregiving gig, Ludi again can’t refuse. George (Alan Myles Heyman) is a bitter elderly white man who first wants to call the police on the unexpected Ludi, then grumbles that his estranged children must have sent her. It’s clear that director Edson Jean, who co-wrote the script with Joshua Jean-Baptiste (TV’s Grown), want their time together to be life-changing, but their interaction is too brief and mundane for genuine chemistry or insights.

Ludi’s struggles and weariness are relatable, and Mompremier is so likeable that when Ludi finally reaches her limits, we can’t help but feel sympathy. Ludi eventually learns that she needs to care for herself as well as others, but the film’s momentum unfortunately needs TLC.