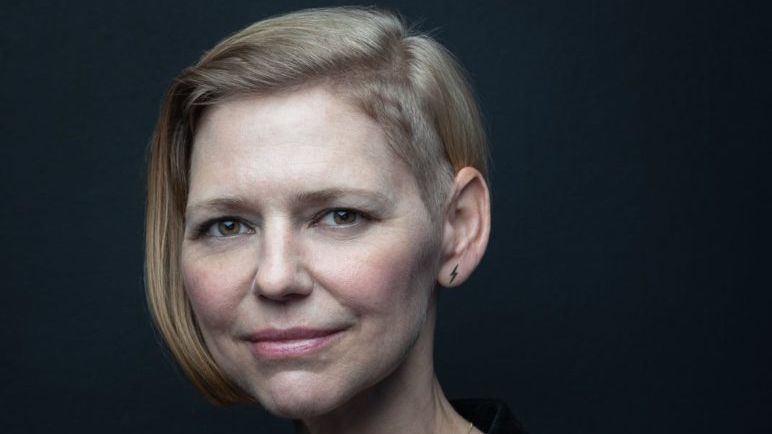 Documentarian Mary Wharton has won awards for her films about music and musicians, from Elton John, The Doors, and David Bowie to Joan Baez, and many others. Last year, her film Jimmy Carter, Rock & Roll President was selected as the opening night film of the 2020 Tribeca Film Festival. Her latest, Tom Petty, Somewhere You Feel Free is a centerpiece headliner of the 2021 SXSW Festival. The film uses recently discovered archival footage of Tom Petty filmed between 1993 and 1995 during the making of his seminal album Wildflowers, which has since become a classic. Late last year, the other half of the songs recorded for what was originally intended to be a double album was released. In this movie, we witness recording sessions, Petty plays parts of many of those songs, discusses their inspiration, and indeed at various points is in the moment of creation. The film represents a point in Petty’s life where he is exploring new aspects of his musicianship and reinventing himself both personally and professionally.

Mary Wharton spoke to me about the documentary and about Tom Petty himself, whom she met many years before as a twenty-something associate producer while working at VH1. Leslie Combemale: Your main focus as a filmmaker is in music documentaries, and your dad “Sauce Boss” Bill Wharton is a musician, cook, and all around renaissance man. You grow up in Tallahassee Florida, and went to an arts school. How did your upbringing stir your passion for music, since your dad is about multiple artistic modalities, and blending music and filmmaking?

Mary Wharton: My dad taught me so much about music history, and I was always fascinated by that as a kid, how music morphs from one genre into the next and my dad would always bring home new records all the time and play them and if we liked one he’d tell us, ‘oh, if you like this, you’re gonna love that!’. He was really great about providing us with an incredible music education, and also my dad comes from this very classic Southern storyteller mold, and I think I got a little bit of that from him. I learned how to tell stories from sitting around listening to my dad and my grandfather on the front porch. I like to joke that I always wanted to be a rock star but had no music talent so talking about rock stars or telling stories about music is the next best thing.

LC: Growing up in Florida, you knew Tom Petty’s music as a kid?

MW: Absolutely. I remember when MTV first started in the early 80s and seeing the “You Got Lucky” video which was Mad Max inspired, and I was obsessed with that movie. I was absolutely in love with Tom Petty and the Heartbreakers from that time. Then later, I worked on a Tom Petty documentary when I was just a young associate producer learning my craft and got to meet Tom back around the time when the material used for this documentary was filmed, so it was a really wonderful full circle moment for me to have this project come into my life at a time when I was quite at odds. When the pandemic hit and everything shut down and I didn’t know how or when I was going to able to work again, and then this archival based project came to me and it just felt like a gift to be able to have this wonderfully positive music project to dive into and to distract me from the horror of 2020.

LC: I had read that you had worked with Tom, as you say, back around 1994. What is the largest personal shift in how you see him now vs then, and in what other ways have your perspective on him changed from the process of creating this documentary?

MW: It’s interesting, someone recently told me an interesting line that I think came from Robert Altman. It was about the idea of rewatching a movie again later and the line was that the pleasure of watching a movie later is you see things differently, and it’s not because the movie has changed, it’s because you’ve changed. When I first experienced this record in the mid-90s, and met Tom that time, I looked up to him as this rock God in a way. To look back on it now as a middle-aged person, I can see someone going through almost a classic midlife crisis, where the life that he built for himself wasn’t making him happy anymore, and it wasn’t what he wanted, and he basically blew everything up. He decided to break up his marriage, break up his band, break with his record label, just blow it all apart and put it back together in a different way. I can completely identify with that now. When I was younger I remember thinking, ‘I’m too smart. I’m not going to have a midlife crisis, because I see all that stuff. I don’t need to do any of that. It’s a weird thing, even though you think you wouldn’t fall prey to those cliches, it’s almost impossible to avoid.

LC: You see him in this documentary right in the middle of making these changes. Not everyone is aware of their mortality their entire lives. It’s going to hit us all at some point. Tom, I think, is at his most vulnerable and most emotionally exposed in your film. So, you shot new footage in 16mm film to match the older found footage and only used his interviews and recorded voice from the time. Can you talk about your work with longtime collaborator and editor Mari Keiko Gonzalez?

MW: Mari and I have done a few films together now and we have such a similar aesthetic in terms of storytelling and from a standpoint of using music in storytelling. She’s such a fantastic music editor and obviously that was really key in this project that the music should drive the narrative. One of the things that I have to give her full credit for is the fact that we were really limited in the footage we had of Tom speaking, because we couldn’t ask the question again or ask something that hadn’t been asked. When I looked for soundbites to use, often I would start with transcripts. I would point out particular quotes to Mari, and she would always point out that when the interview was from a more recent time, there was something so remarkably different in his voice. Part of it is as you age your voice changes and the timbre of your voice changes, especially for somebody who is a singer and wears it out, but it wasn’t just the sound of his voice. It was the sound of the perspective of an older man reflecting on his life, as apposed to a man who was in that moment. The feeling of that is so subtle, but Mari really connected to that early on and rejected a lot of the soundbites I would find. She’d say it didn’t sound right. I finally realized going back and listening to them that she was right. She has a really great ear for both music and dialogue.

LC: Somewhere You Feel Free is an interesting choice for a title, because the period in which he recorded Wildflowers is a trapped moment of change, freedom, and discovery for the artist before some really dark times after that release. In a way it calls the viewer to look back on what moment in their lives they felt free, and to work to find that freedom again now, which is a potent message for a pandemic. Can you speak to that?

MW: I certainly felt trapped while we were making this film. I could barely leave my house, and if I did leave, there was nowhere to go. Everything was shut. The message of the music is that freedom is in your head and you have to find it. This project, and living with that song in my head and in my dreams, was certainly a really valuable life lesson from Tom Petty in the moment when I really needed it. I’m really excited for it to get out and for other people to get that message, too. The thing that Tom says at the end of the film, “You’ll probably be alright if you just believe in yourself” is such a beautiful life lesson that’s simple, but so profound. It’s just a reminder that we all need sometimes, that if you can believe in yourself, you can be free. We all have to do what we need to do to feel that freedom in our own lives.